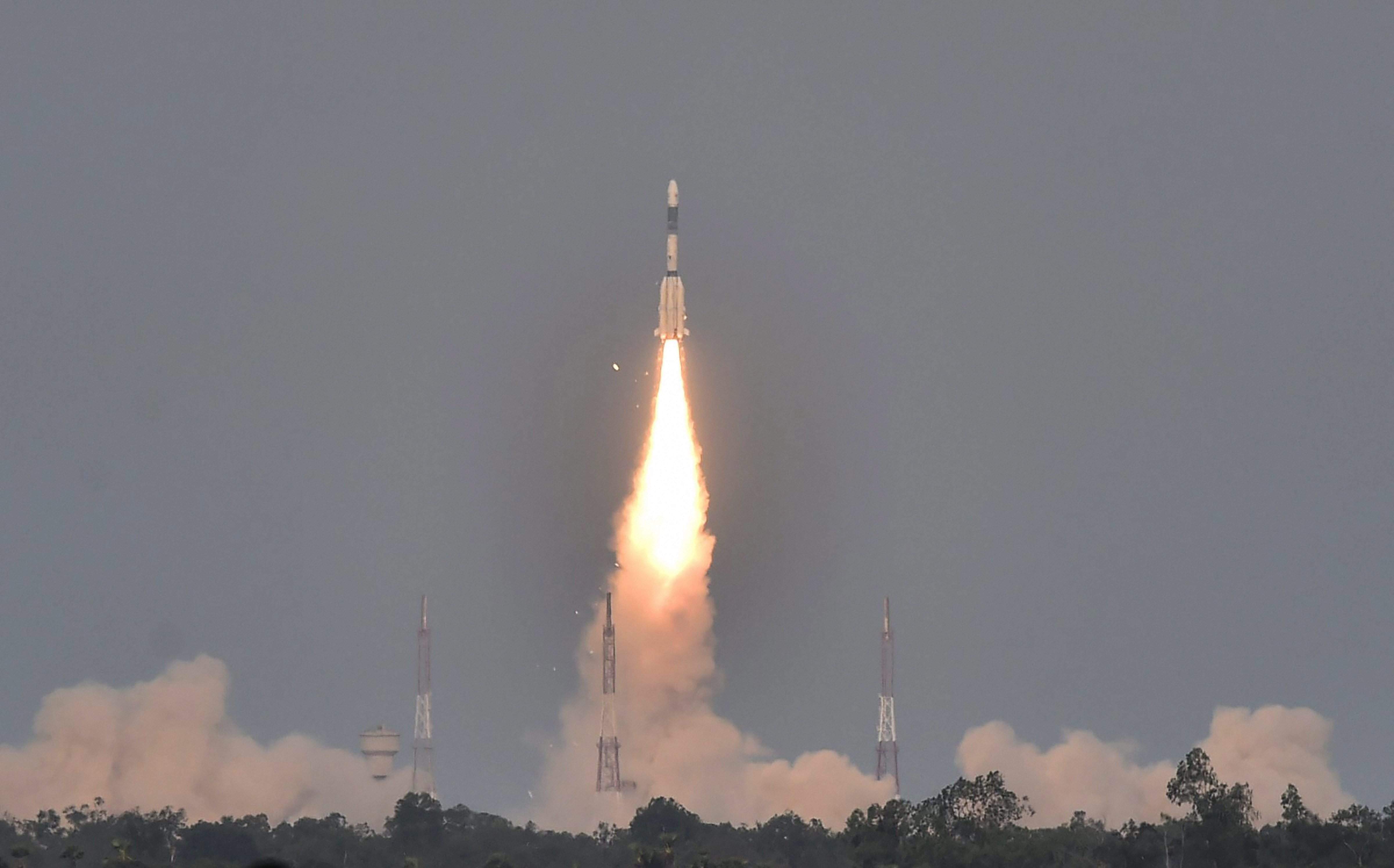 Four crucial space programs of Indian Space Research Organisation (ISRO) are likely to be delayed in the face of severe fund shortage.

As per the report submitted to India’s upper House Rajya Sabha last month by a Parliamentary Standing Committee on Science and Technology, the Department of Space (DoS) is of the opinion that the shortage is so severe that ISRO may not be able to “advance actions for procurement of materials and renewal of fabrication contracts with the partner industries”.

DoS had submitted that it had made a projection of INR 165.70 billion ($2.55 billion) for the financial year 2018-19 against which an amount of INR 107.83 billion ($1.66 billion) was allocated, forcing the department re-prioritize its programs and activities. The report says the fund reduction will majorly affect a number of programs, including the PSLV and GSLV Mk III  continuation, semi-cryo stage development (for heavy lift rockets), GSAT follow-on missions and advanced launch vehicle development (INR 17.87 billion). It would also upset the progress in ongoing missions such as PSLV-C36 to C50, Cartosat-3, RISAT-1A, Oceansat-3 series, Resourcesat-3 series, NISAR, HRSAT, GSAT-20, GSAT-22/23/24 etc, (INR 12.17 billion), besides delaying facility replacement or augmentation and others (INR 22.98 billion).

What is interesting is that against the total amount of INR 59.84 billion sanctioned under the head “Space Technologies” in 2017-18, DoS could manage to spend only INR 43.36 billion, with fund utilization being “very discouraging” in some projects such as ISRO Propulsion Systems Centre (LPSC), Master Control Facility, and Cartosat, RISAT and Resourcesat satellite series. The Parliamentary Standing Committee was of the view that “poor funds utilization of the above mentioned components is also indicative that the Department has lost sight of its financial targets”.

It may be mentioned that the Comptroller and Auditor General of India (CAG) has flagged serious delays and cost overruns in ISRO’s prestigious regional satellite navigation system NavIC. In a report on Department of space (DOS) which was tabled in Parliament last month, CAG noted that NavIC (Navigation with Indian Constellation) had already incurred an expenditure of over INR 12.8 billion but the system is not operational as of June 2017 due to delays in realization of various segments.

Which are the projects being affected?

PSLV: While PSLV has made a mark for itself in the international market as a low-cost launch vehicle for small satellites, given the demand for it ISRO was seeking to privatize PSLV launch operation by 2020. The space agency had sought an additional allocation of INR 4 billion ($61.64 million) for initiating advance actions for procurement of materials and renewal of fabrication contracts with the partner industries for additional 30 flights of PSLV Continuation program. “The program is envisaged to provide operational launch services for our satellite program,” DoS said in its report.

GSLV Mk III: ISRO’s fully indigenous cryogenic upper stage was seen as the Indian space agency’s foray into heavy launchers. So far, India had been relying on the French Ariane 5 rocket to launch its heavy satellites. The target for developmental phase of GSLV Mk III project launching 4T class of satellites into GTO is first half of 2018. Towards this, ISRO was seeking an additional allocation of INR 8 billion ($123.28 million). The current fund shortage, if not addressed, will severely hit the operational phase of the program encompassing 10 flights of GSLV Mk III during this financial year itself.

GSLV Mk III project is also scheduled to launch in 2021 the $1.5 billion-NISAR satellite being developed by ISRO in collaboration with NASA.

READ: GSLV Mk III, once under US embargo, up for launch

Semi-cryo engine: Further, ISRO had recently announced that it was developing a semi-cryo engine a super-heavy launcher that can carry payloads as heavy as 50 to 60 ton. The semi-cryo stage is also crucial for reusable launch vehicles as well as human spaceflight missions. ISRO’s plan was to try out the semi-cryo stage at the core of GSLV Mk III in place of its liquid fuel engine without changing the design. Accordingly, it had kept a deadline of 2019 for development of the engine and scheduled the first flight test in 2021. Now, with the current funding situation, the deadline is unlikely to be met.

GSAT-20: This another major project which could be hit because of shortage of funds would in fact deal a blow to India government’s dream project Digital India. The GSAT-20 high throughput communication satellite was envisaged considering the demand for satellite based broadband services, and ISRO wanted to expedite the project, for which it had sought INR 1 billion ($15.4 million).

Currently, India has only half the satellites it needs for putting in place an effective, robust IT and communication systems in place. To meet this backlog, ISRO had targeted to launch a series of satellites to double the number in the next few years. As part of that plan, it had launched GSAT-6A on March 31, but announced the next day that it had lost communication with the satellite, its second major failure within seven months.

What are the top upcoming projects from ISRO?