Exactly a year ago on this day Indian Space Research Organisation (ISRO) captured the entire world’s attention with successful launch of a record 104 satellites. Now, after a splendid year in 2017, it is all set to begin 2018 with a bang. In fact, it already did when on January 12 its old warhorse Polar Satellite Launch Vehicle, in its 42nd flight (PSLV-C40), successfully launched the 710 kg Cartosat-2 Series Satellite for earth observation and 30 co-passenger satellites together weighing about 613 kg at lift-off. From landing a rover on Moon, to doubling the number of PSLV launches to launching one satellite per month, ISRO has set an ambitious target for itself in 2018. Here is a list of top upcoming projects from ISRO in times to come.

ALSO READ: Why ISRO deserves all the praises, and not just for the ‘104 record’

ISRO is getting ready to land its very first lunar rover by the end of March 2018, five years after the last landing by China. This will be ISRO’s first attempt to get a more delicate and precise up-close look at the lunar surface, after its first lunar probe Chandrayaan-1 which had managed to enter the lunar orbit and had detected some “magmatic water” on a moon crater, unfortunately, crashed into the Moon in November 2008, a few months after its launch.

According to ISRO, Chandrayaan-2 mission includes three unmanned vehicles including an orbiter craft that will hover above the surface of the Moon, a lunar rover, and a lander that will land the rover on Moon. The rover will explore the lunar crust and the mantle while the orbiter is designed to make a detailed three-dimensional map of the lunar surface.

According to the annual report of the Department of Space, Government of India, the development of payloads for Chandrayaan-2 Mission is progressing and characterizations of these payloads are being carried out. The engineering models of these payloads have been developed and the qualification and flight models are nearing completion.

So far ISRO has made a mark in the launch arena with its warhorse PSLV which through consistently delivering various satellites to Low Earth Orbits (LEO), particularly the IRS series of satellites. But to play a leading role in the global launch industry requires ISRO to build heavier rockets to launch heavier payloads into space. PSLV can take up to 1,750 kg of payload to Sun-Synchronous Polar Orbits of 600 km altitude. But the Geosynchronous Satellite Launch Vehicle Mark III, also referred to as GSLV MK III, is designed to carry 4 tons into Geosynchronous Transfer Orbit (GTO — where all the communication satellites have to reach to reach the 36,000 km circular orbit), or about 10 tons to Low Earth Orbit (LEO), which is about twice the capability of GSLV Mk II.

GSLV Mk III, once under US embargo, to launch NASA-ISRO satellite

The rocket which was successfully tested on June 5, 2017, when GSLV-MkIll D1 Mission could successfully launch GSAT-19 into GTO. This was the first full-fledged GSLV Mk III mission with its C25 cryogenic engine and stage that proved to be successful in demonstrating the capability of putting 3.2-ton class of satellite into GTO.

GSLV Mk III is now slated to launch NISAR — the NASA-ISRO joint mission that entails launching an advanced satellite into orbit in 2021.The next step after GSLV Mk III will be able to lift 6.5 ton, which is what ISRO will require if it is to send humans to the moon, which although has no timeframe yet. GSAT-29, a communication satellite, will be the payload for second developmental flight of GSLV-Mk III. GSLV-MkIII-D2/GSAT-29 Mission is scheduled to be launched during the first half of 2018.

After the much-celebrated launch of Falcon Heavy by SpaceX came the news that ISRO is also working on developing a super-heavy launcher that can carry payloads as heavy as 50 to 60 ton. “Right now, we are developing a semi-cryogenic engine, which was approved some time back. Next, we must propose [for funding approval] a full semi-cryogenic stage,” ISRO Chairman K Sivan said.

There is no clear time frame or cost estimate for it, but if approved, it would be a single, innovative, two-stage vehicle, which would cater to all demands. The present plan is to try out the semi-cryo stage at the core of MkIII in place of its liquid fuel engine, without changing the design. This would raise its muscle power 50% — from four to six ton. Gradually this would be enhanced to 10 ton and eventually 50 to 60 ton. This would be done by developing a modular super vehicle with many additions or strap-ons built around the main structure. Falcon Heavy used a similar tactic, according to Dr Sivan, who oversaw preliminary semi-cryo related works while he was ISRO’s propulsion head until recently.

The project envisages the design and development of a 2000 kN semi-cryogenic engine for a future heavy-lift launch vehicle. The semi-cryo engine development has moved from design and hardware realization phase to testing and verification phase, and most of the hardware are in the advanced stage of completion. Integrated engine test facility for testing the engine is under construction.

ISRO has already successfully tested its first winged-body aerospace vehicle in 2016. Once completed, the Reusable Launch Vehicle (RLV) own admissions is going to be a two stage to orbit system, like the Falcon 9. The 2016 RLV test demonstrated what is supposed to be the first stage. It takes off vertically using conventional rocket technology and once it reaches Mach 4, the supersonic combusting ramjet or Scramjet engines kick in to accelerate the vehicle to Mach 8–10. As opposed to a conventional rocket engine, a Scramjet engine collects air from the atmosphere at supersonic speeds, which then passes through the combustion chamber, where it will combust, expand and then be exhausted at supersonic speeds all in less than a millisecond.

The technology, when developed completely, would launch spacecraft, including satellites, into space and re-enter the earth’s atmosphere withstanding extreme pressure and heat conditions and land in an intended spot, helping to cut costs on launch vehicles substantially.

In the next phase, it is proposed to design and develop scaled-up version of RLV and carryout an orbital re-entry experiment. The landing site has been identified for configuring landing runway with land based navigational aids for an autonomous descent and land experiment. For unmanned landing, land based navigational aids and associated systems have to be established.

Aditya is ISRO’s probe mission to the Sun by 2019-20. It was conceived as a 400kg class satellite carrying one payload, the visible emission line coronagraph (VELC) and was planned to launch in a 800-km low earth orbit. The mission, originally named Aditya-1, has now been revised to Aditya-L1 mission, and will be inserted in a halo orbit around the L1, which is 1.5 million km from the Earth. The satellite carries additional six payloads with enhanced science scope and objectives. The main objective is to study the Coronal Mass Ejection (CME) and consequently the crucial physical parameters for space weather such as the coronal magnetic field structures, evolution of the coronal magnetic field etc. This will provide completely new information on the velocity fields and their variability in the inner corona having an important bearing on the unsolved problem of heating of the corona would be obtained.

These payloads taken together are expected to provide a comprehensive understanding of how solar flares originate and propagate. In addition, the charged particle detectors and the magnetometer payloads can provide information on in-situ charged particles and the magnetic field which emanate from the eruptive events. To enable this, the Aditya-L1 spacecraft is to be placed in a halo orbit around the Sun-Earth Lagrangian point 1 (L1) which is about 1.5 million km from the Earth.

Launch of the Aditya mission was planned during the high solar activity period in 2012 but was postponed due to the extensive work involved in the fabrication and other technical aspects. Preliminary design review including payloads has been completed. Spacecraft configuration, thermal analysis, payload interfaces and mounting locations have been finalized for the mission. 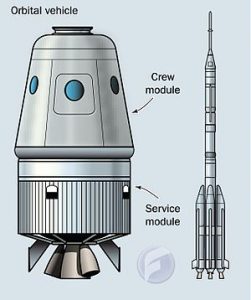 The objective of human spaceflight program is to undertake a human spaceflight mission to carry a crew of two to LEO and return them safely to a predefined destination on earth, and is proposed to be implemented in phases. With Russia, USA and China being the only countries to have successfully conducted human space flight program, ISRO is hoping to make India the fourth.

Critical technologies that are needed to undertake human spaceflight are crew module system, crew escape system and environmental control and life support system (ECLSS). The crew module was successfully flight tested in the GSLV-MkIII-X/CARE mission in December 2014. Various sub-systems of ECLSS, including thermal and humidity control system, CO2 and odor removal system and cabin pressure control system have been integrated into cabin environment simulation chamber simulating the crew cabin volume and integrated tests are in progress.

ISRO expert committees have already reviewed the proposals received against the announcement of opportunity for developing scientific payloads for the future Mars orbiter mission. The committee selected a dozen scientific payloads for development and the mission will be focusing more on science in order to study in depth on the Martian surface, atmospheric / exospheric and ionospheric features. Configuration study of the satellite to accommodate the selected payloads is under progress.