Indian space agency ISRO has successfully launched a record of 104 satellites in space on Wednesday. The agency’s PSLV-C37 has successfully achieved this in a single mission and has launched the satellites into polar sun synchronous orbit. Satellites for this mission include India‘s earth observation satellite Cartosat-2 series, two other satellites, and 101 foreign nano satellites from the U.S., Israel, UAE, Netherlands, Kazakhstan and Switzerland.

The launch was closely watched by ISRO chairman AS Kiran Kumar and other top scientists from the mission control centre at Sriharikota. What is significant about the launch is the number of satellites carried by a rocket. Compared to successful launch by the Russian Space Agency launching 37 satellites in one go, India became the first country to script history by launching 104 satellites in a single rocket.

It then took less than 10 minutes for the rocket to spew out 101 passengers. After the success, ISRO chairman A S Kiran Kumar congratulated his team for the successful launch of 104 satellites. “My hearty congratulations to the team. The Prime Minister has conveyed his congratulations,” he said.

Director, Isro Satellite Centre Mayilsamy Annadurai said, “We can also hit centuries like our cricketers. In another two months, the number of satellites built by Isro will reach 100. Besides GSLV missions, we have get Chandrayan – 2 ready for launch next year.”

Mission director B Jayakumar said the launch involved complex issues in management and maneuvering, “A great moment for each and every one of us. We have so far launched 226 satellites including 179 foreign satellites,” he said.

Director of the Vikram Sarabhai Space Centre K Sivan said it was the toughest mission they had handled. “We had to ensure they don’t collide,” he said.

Equipped with panchromatic and multispectral cameras, the 664kg Cartosat -2 will provide remote sensing services similar to that of its predecessors. 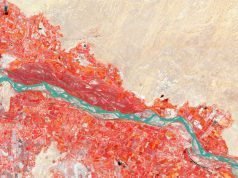 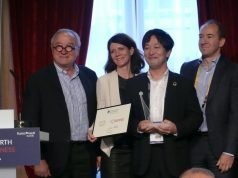