The Budget 2018 has come as a sweet news for the Indian space industry. At INR 107.83 billion , the Department of Space (DoS) gets its biggest outlay to date. The allocation includes around INR 89.63 billion for various space related projects of Department of Space in the 2018-19 Budget and also the targets to be achieved in the next fiscal.

This comes at a time when ISRO is providing space technology to government departments in 125 areas to help them work on projects effectively and efficiently. Earlier the government had identified 156 areas where space technology can be used for the welfare of common man. Also, with the recent Space Bill probable to become a law in near future, this Budget will definitely boost the spirit of the space industry.

Satellites being vital to varied activities like Internet connectivity, location and disaster relief support, military security, resource mapping, planning, decision making and to setting up of big infrastructure projects, etc., the government has given a huge chunk of investment in centres involved in satellites, launch vehicles, propulsion, launch, post-launch satellite tracking; besides operational projects and those under development. Around 100 departments have begun to intensively tap satellite-based information. 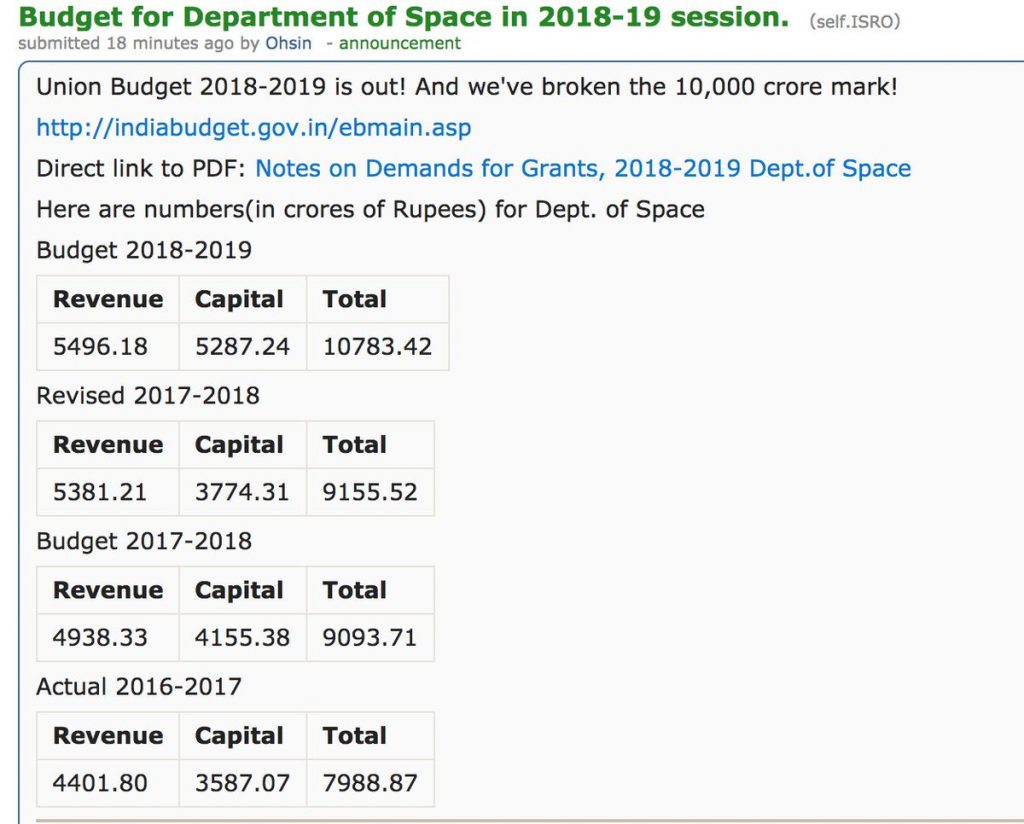 Other than this, under Space Sciences, INR 2.3 billion has been earmarked together for the proposed second Mars Orbiter Mission, a Venus mission plan, a space docking experiment, small satellites, X-ray polarimeter satellite called XpoSat, climate programme and sponsored research.

The INSAT, GSAT satellite systems got an outlay of  INR 4.12 billion, but lower than last year’s INR 5.3 billion. This covers satellites, transponder lease and overseas launch contracts for heavy satellites.