In order to boost the development of autonomous vehicles, Lyft has released the world’s largest freely available datasets. The datasets are freely available in the uScenes format, which was originally developed by Aptiv. Known as the Level 5 Dataset, it includes 55,000 human-labeled 3D annotated frames, a drivable surface map, data from seven cameras and three LiDAR sensors, and an underlying HD spatial semantic map for data contextualization.

The datasets have been compiled by Lyft’s Level 5 team, which consists of 300 engineers, applied researchers, product managers, and operations managers.

Lyft has long been at the forefront of new 3D segmentation frameworks and vehicle tracking using crowdsourced maps.

Research in autonomous vehicles propels new innovations, however expensively priced data was inaccessible for many researchers. For the development of higher functionalities in autonomous vehicles, like 3D perception and prediction, it is imperative that there is a proper calibration of sensor hardware and the creation of a HD semantic map and localization stack.

Autonomous vehicles would lead to a paradigm shift in the automobile industry and have a great impact on our societies and economies, leading to path-breaking growth and unveiling new opportunities. This makes it crucial to prioritize, subsidize, facilitate and sponsor autonomous vehicle research.

Also Read: Would self-driving cars lead to the demise of the existing automobile industry?

Logan Green, Lyft’s founder and CEO, says “Not only can self-driving tech save two lives every single minute, it is essential to combat climate change by allowing people to ditch their cars for shared electric transportation. Lyft is committed to leading this transportation revolution.”

By making this comprehensive dataset publicly available, Lyft endeavors to remove operational constraints like paucity of data and costly data sets in the path of autonomous vehicle research and create a level playing field for data access and analysis.

Luc Vincent, EVP of Autonomous Technology, Lyft, says that the company is committed to democratizing access to autonomous vehicle technology and would release additional datasets soon.

“We aim to empower the community, stimulate further development, and share our insights into future opportunities from the perspective of an advanced industrial autonomous vehicles program”, says Lyft.

With the help of the datasets, researchers can work on a host of problems: predicting overtime agents, estimating scene depth from cameras, detecting objects in 3D, and scene segmentation using LiDAR.

For further incentivizing innovations, Lyft is also launching a competition for individuals to train algorithms on datasets, which have been segmented into separate training, validation and testing sets. These sets will be released once the competition opens.

Prize money for the contest is $25,000 and top researchers would be attending the NeurIPS Conference in December. 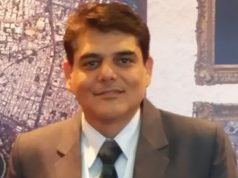