GSLV Mk III (Geosynchronous Satellite Launch Vehicle) M1, the heaviest rocket made by ISRO, successfully launched Chandrayaan 2 on July 22. Mk III is India’s most powerful launch vehicle built to lift satellites weighing up to 4 tons into Geosynchronous Transfer Orbit or about 10 tons to Low Earth Orbit. This is about twice the capability of current GSLV Mk II, and more than thrice the capacity of ISRO’s old workhorse PSLV. But did you know there was a great controversy around GSLV and the project was placed under embargo by the US? And its first launched came about 14 years later than originally planned because of a US embargo?

Interestingly, a GSLV vehicle will launch the NASA-ISRO Synthetic Aperture Radar (NISAR) in 2021. The satellite, valued at $1.5 billion and the most expensive earth-observation satellite ever, will be the first radar imaging satellite to use dual frequencies. It will be used for remote sensing to observe and understand natural processes on Earth. For example, its right-facing instruments will study the Antarctic cryosphere.

What was the controversy around GSLV?

GSLV is an expendable launch system developed to enable India to launch its heavier satellites without dependence on foreign rockets. GSLV has been used in 14 launches so far, since its first launch in 2001 through to its most recent Mk III M1 launch on July 22, 2019 launch of the Chandrayaan.

The three-stage GSLV Mk-III adopts the flight-proven solid and liquid stages of the PSLV and a cryogenic upper stage.

It is this cryogenic technology that led US to impose sanctions on India. Russia’s Glavkosmos was to provide the technology as per an agreement signed in 1991, but backed out of the deal after US imposed sanctions in 1992 on fears that India was making war missiles — a hollow charge since till date it isn’t practical to use cryogenic engines to power missiles.

At that time, the US government wanted the deal to be called off because it felt it violated some terms of the Missile Technology Control Regime, a multilateral export control regime that US and Russia both are signatories to. 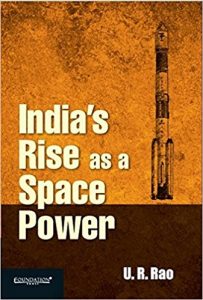 In his book India’s Rise as a Space Power, Prof U.R. Rao, former ISRO chairman, speculated that the embargo was result of the commercial threat ISRO was starting to pose to NASA. “While the US did not object to the agreement with Glavkosmos at the time of signing, the rapid progress made by ISRO in launch vehicle technology was probably the primary cause which triggered [the sanctions],” Prof. Rao wrote in his book.

According to his estimate, ISRO’s success with the Augmented Satellite Launch Vehicle (ASLV) in 1987 and commencement of the PSLV program in the next couple of years, brought down Indian launch costs to at least 50% lesser than prevalent rates in the West. This is possibly what didn’t go down well with US.

How ISRO worked around it?

Undaunted, ISRO started the Cryogenic Upper Stage Project in April 1994 on its own. Russia finally agreed to sell seven cryogenic stages and one ground mock-up stage instead of five cryogenic stages and the technology to build the stages. After the maiden launch failure in 2001, GSLV became operational in 2003 when it successfully placed GSAT-2 in orbit in 2003.

After several hits and misses and intermittent successes, the consistency in the performance of the vehicle, especially the cryo stage, was established with the success of GSLV-F09 launching the 2,230-kg South Asia Satellite (GSAT-9) into its planned Geosynchronous Transfer Orbit (GTO) on May 5, 2017.

And now with the success of Chandrayaan 2 launch, ISRO is ready to take on the heavy launch market with GSLV MK III.

WATCH: Behind the scenes footage of how Chandrayaaan 2 was built 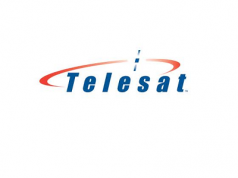