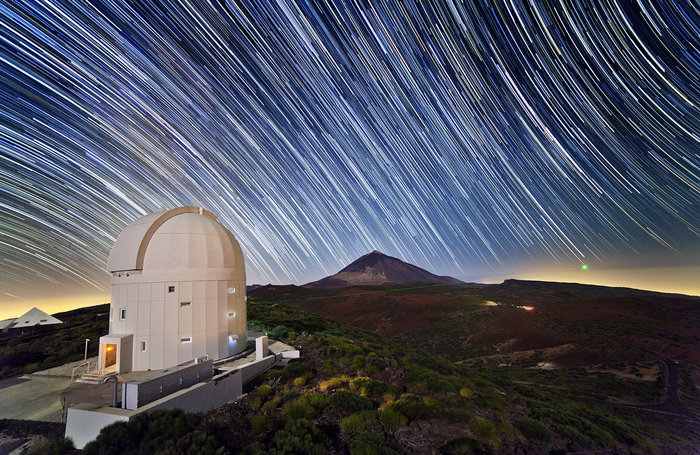 France: ESA and its partners will investigate how satellites can distribute photon ‘keys’ to help secure encryption.

Yesterday, ESA signed a contract with SES Techcom S.A. (LU) to develop QUARTZ (Quantum Cryptography Telecommunication System): a platform for quantum key distribution – a next-generation form of cryptography – and administer it from space.

Classic cryptography, as used in World War II, concealed messages with ciphering codes and encryption keys generated by hand or early machinery. Messages were decoded by a recipient with the corresponding key, codebook or equipment.

Today the same principle exists, but the ciphering codes have evolved into modern mathematical algorithms, and ‘cryptography keys’ can be created by combining algorithms with random number generators. They are used everywhere: by web browsers, IT networks, ground infrastructure for energy, water or transport, and even to protect critical satellite systems.

However, cutting-edge developments like quantum computers and new code-breaking techniques could leave certain aspects of today’s systems vulnerable to attack, which is why ESA is investigating novel encryption technologies like quantum key distribution (QKD).

QKD is a growing research field that applies security properties based on fundamental physics to potential real-world applications. The result is a system that distributes the key between two parties in a way that is impossible to intercept without detection, thereby augmenting and complementing traditional key distribution, where security properties stem from mathematics and computer science.

It involves sending random numbers between two points, through photons, which are then used to generate the key. Eavesdropping on this kind of communication requires the photons to be measured, which permanently changes their quantum properties, alerting the owners that the beam has been intercepted.

Today’s QKD is constrained by the traditional carrier, optical fiber, as this limits the radius that information can be transmitted on the ground to only a few hundred kilometers before the signal fades. Studies and experiments by ESA have shown that photons can be collected and distributed in free space, from satellite to satellite, satellite to ground and vice versa. A satellite carrying a key can distribute it to customers anywhere on Earth.

QUARTZ is the first commercial step in this direction, aiming to provide a reliable, globally-available system for carrying and dispensing the keys. Under QUARTZ and with the help of ESA, SES plans to develop the platform to be a robust, scalable and commercially-viable satellite-based QKD system for use in geographically-dispersed networks.

It is part of ESA’s ARTES ScyLight (SeCure and Laser communication Technology) programme, which fosters and supports the development and deployment of innovative optical technologies for satellite communication, and assists industry in developing new market opportunities for optical communication technologies.

The commercial take-up of optical technologies is believed to be the next breakthrough in the satcom market, addressing the need for ever-increasing data rates and secure communication.