The Russian space agency Roscosmos has informed that while the market price of a SpaceX launch is estimated at around $60 million, NASA pays between 1.5 and 4 times for the same. As per agency’s director general Dmitry Rogozin, his country will reduce the cost of space launch services by 30% in order to counter what it considers as a discarding by Elon Musk-led SpaceX.

“Our pricing policy is our response to the dumping policy of US companies that are funded from the budget,” Rogozin said in his report to Russian President Vladimir Putin, as per RIA Novosti.

The head of Russian space agency observed that the space launches makes NASA cost 1.5 to 4 times more than what SpaceX charges, which is close to $60 million per launch.

“To increase our share in the global market we are considering cutting the launch price by more than 30% by reducing non-manufacturing costs and increasing the operational efficiency of our factories,” Rogozin added.

Meanwhile taking to twitter, he wrote, “Instead of honest competition on the market for space launches, they are lobbying for sanctions against us and use price dumping with impunity.”

In 2011, after NASA decided to do away with its space shuttles, Russia became the only carrier of human beings to space, charging NASA for sending US astronauts to the ISS at the reported cost of $70 million each. 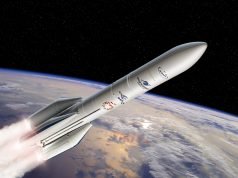