Japan’s Institute for Q-shu Pioneers of Space (iQPS) plans to operate a 36-satellite constellation to gather data and imagery with a resolution of one meter by 2025.

SpaceNews quoted iQPS spokeswoman Yuki Ariyoshi as saying that with that resolution, customers can obtain frequent imagery of land and buildings in addition to observing moving objects like livestock, vehicles and vessels. She added that the key technology iQPS developed for SAR satellites is a 3.6m diameter parabolic antenna that stores compactly for launch and weighs about ten kilograms.

Since it was founded in 2005, iQPS has raised nearly $28 million according to CrunchBase, a business investment website. 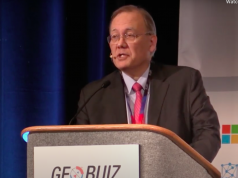