India will give permissions for drone flights only through Digital Sky, nearly two years after the single-window platform for drone-related matters was initially launched.

The move, which came into effect on August 15, will allow only those drones that comply with the country’s ‘no permission, no take-off’ (NPNT) protocol to operate in areas demarcated as green and yellow zones, permitting them to fly over almost 70% of the country’s landmass.

Drone flights over urban areas, near defense and strategic installations, airports and border areas, which are categorized as red zones, will need clearances from relevant security agencies before take-off.

According to a report by The Economic Times, Amber Dubey, Joint Secretary, Ministry of Civil Aviation said that with all green and yellow zones activated on August 15, all doubts about the NPNT concept, spread by vested interests, have been laid to rest. All manufacturers should now focus only on making top quality products with the NPNT feature.

The move also comes ahead of the Phase 1 launch of Digital Sky, planned for October 2, which will bring functionalities such as airspace management, post-flight data submission and other features to the platform.

For the local drone industry, the opening up of green and yellow zones under Digital Sky, could provide the confidence to manufacture or purchase NPNT drones. So far, the industry has been holding out from making the switch, given the lack of permissions through the platform.

Smit Shah, director of partnerships at Drone Federation of India said that this is a very significant step. He added that the entire aspect of NPNT drones not being usable will now change and this will automatically create an opportunity for people to build low-cost and/or highly capable NPNT drones

A local drone manufacturer said that if flight permissions are only granted through the Digital Sky platform, use of drones from China’s DJI and France’s Parrot – which are not compliant with NPNT will become illegal.

This would either force these manufacturers to adopt India’s standards or leave the door open for local manufacturers.

The drone manufacturer said that right now, operators don’t want to buy NPNT drones because, without the digital permission, the drone will not take off. This restricts where and how they can use the drone and ultimately hurts their earnings from that drone. If 100% of all flight permissions come through Digital Sky, only then operators will want NPNT drones.

There is still some ambiguity about whether permissions to fly over red zones will be routed through Digital Sky.

The proposed solution is for Digital Sky to bring on board all government stakeholders that will need to permit and monitor such drone flights, but the roadmap of when this would happen is as yet unclear.

Dubey of the civil aviation ministry said that in future, all drones in India will have to be mandatorily NPNT compliant, except for certain weight and altitude ceilings as may be specified from time to time. 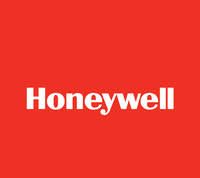