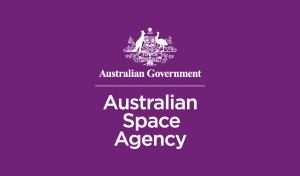 Australia: The Australian Space Agency has today signed a statement of strategic intent with European manufacturing giant Airbus Defence and Space SAS, representing another step in growing the capability and competitiveness of Australia’s space sector.

The Minister for Industry, Science and Technology Karen Andrews welcomed the signing, the first by Australia’s new agency with an industry partner, sending a strong signal for further investment opportunities.

“Airbus has a major presence in Australia, supplying earth observation satellite imagery to the Australian market for over 25 years,” Minister Andrews said.

“The statement is confirmation of Airbus’ support for Australia’s space discovery, technology development and connectivity, and science, technology, engineering and maths (STEM) education.

“The Coalition Government has established the Australian Space Agency to grow our space sector, helping to create more Australian jobs and boost our economy.”

Airbus has been committed to growing Australia’s space industry and in June 2018 selected Wyndham airfield in Western Australia as the first flight base for its pioneering Zephyr solar-powered unmanned aircraft.

Along with military operations, Zephyrs can be used for precision farming guidance, environmental and security monitoring, and to provide internet coverage to regions of poor or zero connectivity.

In 2016, Airbus opened a new purpose-built ground station in Adelaide to land communications traffic from the Skynet 5 satellite.

“We welcome Airbus’ choice of Australia for the world’s first operations of the Zephyr and Skynet 5 platforms,” Dr Clark said.

“Wyndham is the world’s first operational site for the launch and recovery of Zephyr, which will be home to Airbus employees during operations. The Zephyr can fly for days or weeks at a time, providing surveillance over land or sea, and hosting communications links.

“In addition to job creation, we also commend Airbus’ efforts to actively support STEM education and training opportunities in Australia and internationally.”

Nicolas Chamussy, Executive Vice President Space Systems at Airbus Defence and Space, said Airbus aimed to support projects and partnerships that contribute to growth and jobs in Australia, with a special focus on innovation and skills.

“We look forward to working with the Australian Space Agency, as well as the country’s academia, SMEs and start-ups, to develop Australia’s space sovereign capability. This includes nurturing and developing areas of strategic priority and technologies identified by an expert reference group panel.”

Pierre Jaffre, President Asia-Pacific Airbus, spoke of the company’s continued growth in the region: “Today’s statement of strategic intent adds to the existing strong presence that Airbus has in Australia in commercial and military aircraft and helicopters. With more than 1500 employees at 10 sites in the country, Airbus is proud to be a partner in the aviation industry and will continue our journey in the new space ecosystem in Australia.”

The world’s space economy is already estimated to be worth around US$345 billion—and it’s growing rapidly.

These statements by industry partners, large and small, are designed to highlight areas of investment and growth for Australia’s unique potential in space research and development and commercial applications. More statements are expected to follow.

The Coalition Government established the Australian Space Agency and has invested around $2.4 billion to grow our space sector, as well as research and science capabilities. The Agency has an ambitious plan to triple the size of the sector, adding another $12 billion annually to the economy by 2030, and creating up to 20,000 new jobs.