A milestone in the development of high-altitude, long-endurance remotely operated aircraft occurred recently with the first flight of NASA’s Altair, the first unmanned aerial vehicle (UAV) to feature triple-redundant flight systems and avionics for increased reliability.
The slender-wing aircraft lifted off the runway at General Atomics Aeronautical Systems’ flight test facility at El Mirage, Calif., at 8:36 a.m. for a checkout flight that evaluated the new aircraft’s basic airworthiness and flight controls. The rear-engine Altair glided to a landing on the remote desert runway 24 minutes later. The entire flight was conducted at low altitude within a comparatively short range of the El Mirage airstrip.
Built to performance specifications established by NASA’s Earth Science Enterprise, Altair is an extended-wing version of the MQ-9 Predator B military UAV being developed under a partnership with GA-ASI. Altair is one of several UAVs designed for civil applications that have been developed or matured under the Environmental Research Aircraft and Sensor Technology (ERAST) program at NASA’s Dryden Flight Research Center at Edwards, Calif.
After its initial airworthiness test flights, Altair will serve as the avionics test aircraft for the production version of the MQ-9 before being transferred to NASA. At NASA Dryden, the one-of-a-kind Altair will first be used to evaluate various new control, communications and collision-avoidance technologies that are critical to enabling UAVs to fly safely in national airspace with manned aircraft.
Later, NASA will be able to use the Altair for a variety of environmental science missions, such as volcanic observation, forest fire monitoring and atmospheric sampling – missions that are often too dangerous, difficult or too lenghy for manned aircraft to perform. UAVs are uniquely positioned to perform long missions that have repetitive routines. Altair is expected to be the first UAV able to meet Federal Aviation Administration requirements to operate from conventional airports with piloted aircraft in the national airspace.
In addition to triple-redundant avionics, Altair is configured with a fault-tolerant, dual-architecture flight control system and will be equipped with an automated collision-avoidance system as well as an air traffic control voice relay that will allow air-traffic controllers to talk to the ground-based Altair pilots through the aircraft.
Command and control of the Altair as well as research data gathered by Altair will be transmitted through an “over the horizon” satellite link. That link will also allow scientists to receive research information as soon as the Altair obtains it. Altair has been designed to fly continuously for up to 32 hours. It can reach a maximum altitude of about 52,000 feet (10 miles), and will have a maximum range of about 4,200 miles. It can carry up to 750 pounds of sensors, radar, communications and imaging equipment in its forward fuselage.
The Altair is 34 feet long, and has a wingspan of 86 feet, 22 feet longer than the Predator B’s 64-foot wingspan. It is powered by a 700 horsepower rear-mounted Honeywell TPE-331-10T turboprop engine driving a three-blade controllable-pitch propeller.
NASA and GA-ASI are jointly funding development of the Altair and Predator B prototypes under the ERAST program. GA-ASI also built the Altair’s predecessor, the Altus 2, for NASA under ERAST. 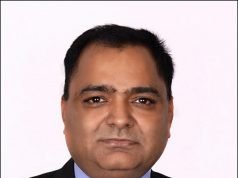