The potential of Open Data is immense and it has been generating a lot of excitement around the world. Governments globally are publishing and making more and more of their datasets ‘open’ to the public to bring accountability, empower the citizens, propel innovations, establish new industry segments, and create a sound social impact. An instrument for breaking down data gaps across various economic segments, open data lies at the core of unlocking significant economic value to a country.

Started as the Earth Resources Technology Satellites Program, the Landsat program is the longest-running program in the world for earth observation data. Launched by NASA, spanning four decades, Landsat imageries are being used by researchers, scientists, and policymakers all over the world to monitor land use, deforestation rates, water quality, coral reef health, wildfire risk assessment. Until 2008, 53 Landsat scenes per day were being downloaded at a cost of approximately $500 per scene. The number of downloads was not astounding enough and the cost-to-benefit value of the program was not realized. In 2007, things, however, changed as the United States policy for Landsat data went through a transformation. Powering its way through the internal and external resistance, the U.S. government decided to publish the Landsat data and make it available freely on the web. The economic value created by the open earth observation data has been significant since then as the demand for the Landsat data rose over 100 fold in just 3 years!

Releasing Landsat data for free allows universities and institutions, researchers, scientists, technology experts to create an exponential number of data/geo applications which are good for the society and generate high economic value. The open earth observation data acts as a foundational dataset for many economic user segments, thus enabling the government, the partners and also the private sectors to carry out their activities. In 2014, the Landsat advisory group of the National Geospatial Advisory Committee also found that “the economic value of just one year of open Landsat data far exceeds the multi-year total cost of building, launching and managing Landsat satellites and sensors”. Since the open data policy, approximately 5,600 scenes have been downloaded per day and 40 million Landsat downloads have taken place till 2016. Additionally, developed on the available open earth observation data from Landsat, 16 applications (across various user segments) have produced savings of $350 million to $436 million per year for the Federal and State Government. With federal investments up to $3.5 billion annually in civil earth observation programs and data, open earth observation data is set to conservatively add $30 billion to the United States economy. In fact, according to research studies, it has been found that charging a price of $100 a download would result in loss of efficiency worth $37.5 million a year! Is the freely available earth observation data, therefore, not of high economic importance? 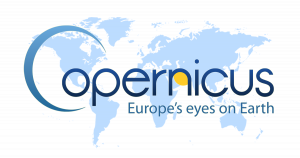 Copernicus is the Earth Observation program of the European Union in which a family of satellites called the Sentinels are being deployed by the European Space Agency through 2020. Taking a leaf out of the book of the exponential growth of Landsat imagery data use since 2008, the Copernicus program too has adopted a free and open data policy. This means that the data available from the Sentinel satellites will be available at no charge to the users thus helping the industry to develop. According to a study by the European Association of Remote Sensing Companies (EARSC), the Copernicus open data policy continues to deliver value to the public and the private sector alike, increasing return on investments through the creation of new enterprises, jobs, new data-driven applications, etc.

The exploitation of the open earth observation data from the Copernicus is poised to bring sound economic benefits. While the total investments in the Copernicus program are expected to reach EUR 7.5 billion, the expected rate of return on these investments is all set to double to EUR $13.5 billion!  The freely available data from the Sentinel satellites is set to create ‘long tail effects’ such as:

The aforementioned are only few of the applications that have been supported by Sentinel’s open data. There are many such economic benefits that are of significance for the Copernicus Open data policy. For more, read: What is the economic impact of the Copernicus program?

This is just the beginning! 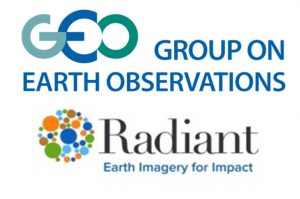 Open data in the earth observation domain may not be a new phenomenon anymore but it is still the beginning of the exponential economic value it can create. The GEO communities’ GEOSS (Global Earth Observation System of Systems) has more than 400 million open data resources from more than 150 national and regional providers such as NASA and ESA, international organizations and the commercial sector. The data available helps countries create high social, economic and environmental impact. In addition, Radiant started in 2016, is an earth imagery platform providing open earth observation data for positive global impact and to foster entrepreneurship worldwide. The organization too shall act as a catalyst in generating economic value addition from open data. A good and coordinated approach to forward the free and open data policy by each Earth Observation program can only facilitate and be a source of economic development for the global society and much more!

Radiant.Earth: The gateway to Earth Observation data for development organizations