Malaysia’s much awaited National Geospatial Master Plan (NGMP) has finally been announced at GeoSmart Asia 2017 at the Putrajaya International Convention Centre (PICC). Let’s find out the salient features of this strategic step undertaken by the Malaysian Government!

Driven by private consumption and investments on the demand side, and the thrust of the services, construction and manufacturing sectors, the Malaysian economy has been able to sustain growth at 5.8% in the second quarter of 2017. Much of the strong economic momentum can be attributed to the several steps taken by the government to diversify the economy through rapidly developing infrastructure projects, increasing private investments, and integration of new technologies (specifically geospatial and digital technologies) while developing an innovative and entrepreneurial society.

However, even though the Malaysian government has been propagating the use of geospatial technologies and products in various user segments, the country has since 2011 been witnessing an animated debate on the lack of a national policy on geospatial information. But not anymore! 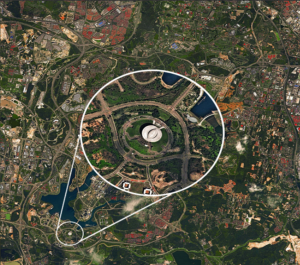 At the GeoSmart Asia 2017 Conference, held at the Putrajaya International Convention Centre from the 22nd– 24th August 2017, the Natural Resources and Environment Minister, Datuk Seri Dr. Wan Junaidi Tuanku Jaafar, announced the development of the National Geospatial Master Plan (NGMP) to realize the potential of geospatial technology. The NGMP is being formulated in line with the Malaysian Government’s National Transformation or Transformasi Nasional (TN50) – a 30-year transformational plan announced with the aim to transform Malaysia into a nation of caliber. The NGMP is expected to be ready by May 2018.

A National Geospatial Master Plan had become a necessity for the country. General Datuk Prof. Sr Dr. Abdul Kadir Bin Taib, previously Director of JUPEM constantly stressed the importance of the National Geospatial Act for the country, “It is necessary to advance policies concerning the geospatial activities in a comprehensive and well-planned manner by establishing basic principles and clarifying the responsibilities of federal, state and local governments, as well as defining policies on the dissemination of geospatial information.” Looks like the plunge for the same has finally been taken.

Malaysia was in dire need of the National Geospatial Master Plan and the dream is finally becoming a reality. Even though the country has had a well-established National Spatial Data Infrastructure since 1997, the collection and authenticity of data have always been an issue. Geospatial data in the country is being collected and managed by different agencies, in different formats thus resulting in a heterogeneous system. There has always been a recognizable need for integration and centralization of data so as to expedite the adoption of geospatial technology in the country thus improving the socio-economic conditions of the country.

“The master plan will strengthen governance through the fortification of national geospatial efforts with effective implementation, coordination and enforcement, besides empowering the National Geospatial Data Infrastructure program by managing geospatial information more clearly and comprehensively,” Datuk Wan Junadi said in his opening address at the GeoSmart Asia 2017 conference. He also added that Geospatial information needs to be viewed as a critical enabler of sustenance, management, and preservation of the environment for the future generations. The objective of the NGMP is to ensure the development and use of geospatial information in an effective and efficient manner.

In this regard, Malaysia has taken its first step towards what could transform the entire geospatial domain of the country. Recently in a separate interview, responding to a query on the ministry’s long term plans to speed up the process of mapping underground utilities so as to expedite the infrastructure development projects, Datuk Wan Junaidi had hinted on the introduction of a comprehensive geospatial law. “With the law, we can include the conditions for usage and limitation of data usage,” he had said in the Dewan Reyat. Whether the geospatial law and the NGMP are same or two different initiatives for geospatial propagation – still remains to be seen. The formulation of either will only contribute to the scaling of the Malaysian geospatial landscape to greater and successful heights. 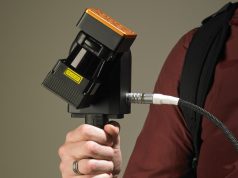 Check out Zeb-Revo – a lightweight revolving laser-scanner by GeoSLAM 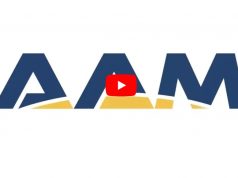 What are AAM’s geospatial offerings for natural disaster, smart cities and more 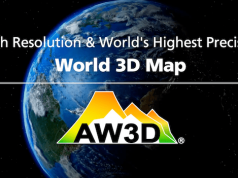 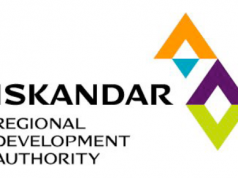 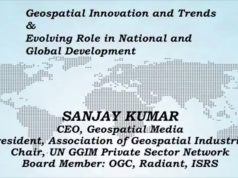 Geospatial innovation, trends and its evolving role in national and global development by Sanjay Kumar