Bing, the Microsoft search engine, has made substantial investments in the emerging technological domains of deep learning and artificial intelligence for supporting a large number of scenarios, it announced in its official blog post. Maps Team at Bing has applied these new and unique techniques for increasing the coverage of OpenStreetMap, which is a world map that can be used without any licensing and is created by the data submitted by people. Consequently, Microsoft has released whopping 125 Million building footprints in USA that will be added to OpenStreetMap community.

The mapping team used Open Source CNTK Unified toolkit which has been developed by Microsoft. Using CNTK we apply our Deep Neural Networks and the ResNet34 with RefineNet up-sampling layers to detect building footprints from the Bing imagery, says the blog.

Noise distortion and suspicious data were obliterated from the predictions and then a polygonization algorithm was applied to detect building edges and angles to create a proper building.

With the help of this new approach, Bing Map team pulled out exact 124,885,597 footprints in the United States. In OpenStreetMap there are currently 30,567,953 building footprints in the US both from editor contributions and various city or county-wide imports.

Strengthening its commitment to the Open Source Community, Bing is making this data available to users for free. The ResNet3 model is also open source and is freely available on GitHub.

Data can be directly downloaded from the GitHub. What’s awesome is that the CNTK toolkit used by Microsoft is also available on open source at the GitHub. Bing Map team is planning to showcase this recent development at International State of the Map conference in Milan, Italy. 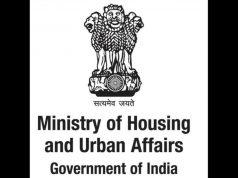 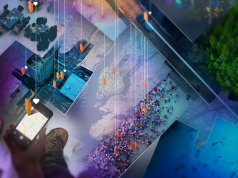