Machines never get tired and you can scale them up almost infinitely, believes Mark Johnson, Founder & CEO of Descartes Labs. He is referred to as the pioneer of AI in the geospatial space, and under his leadership, Descartes Labs is teaching ‘computers’ to see the world with deep learning and AI. It is recognized as one of the most disruptive companies of the world, and is part of a select group of start-ups working with the US government to mitigate threats from space. 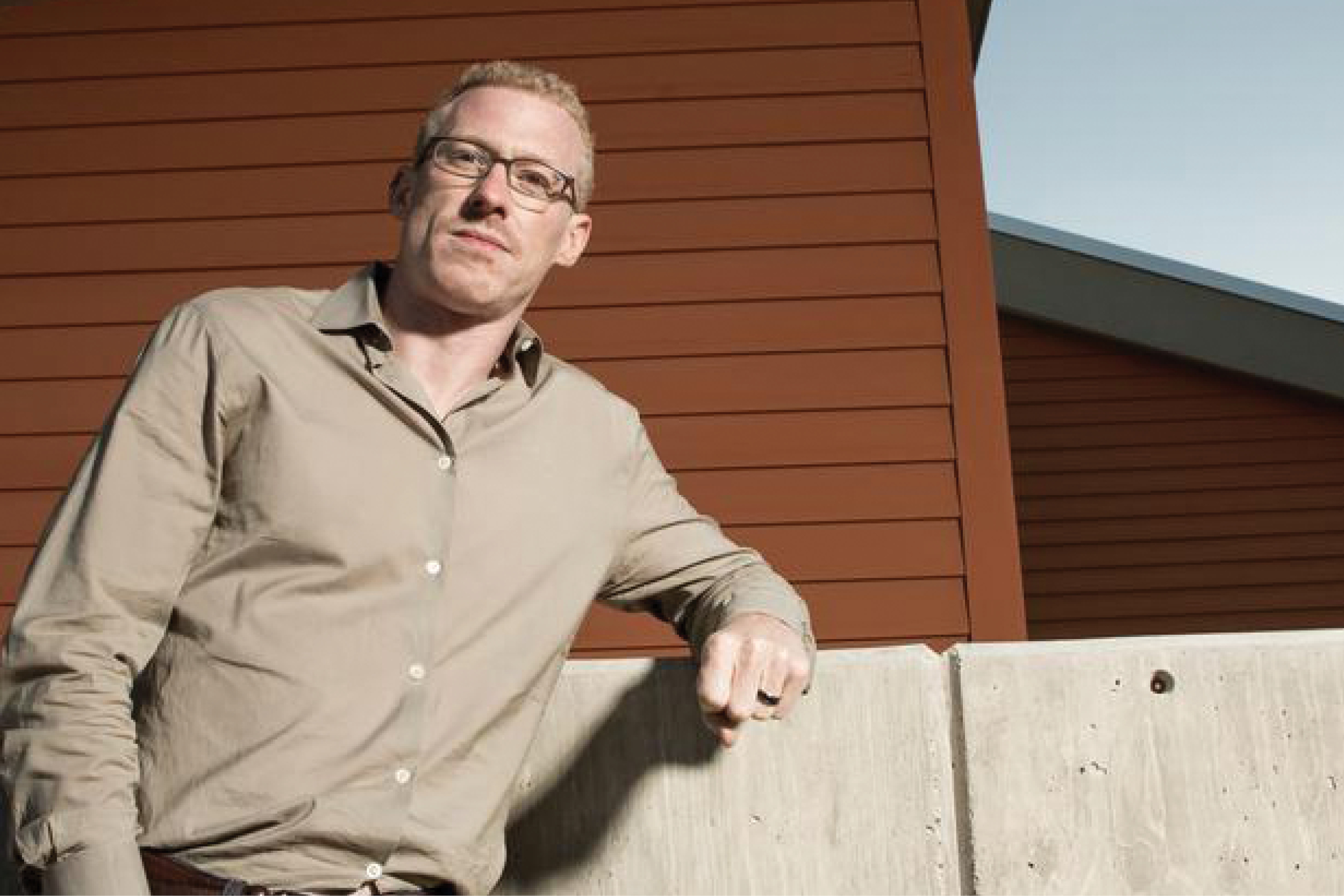 What was the vision behind Descartes Labs?

Descartes Labs was founded in 2014 as spinoff from Los Alamos National Lab. Our vision was to make it easy to build models on top of huge amounts of geospatial data. From the very beginning, we were ingesting a lot of satellite imagery and trying to turn those pixels into something useful. The company’s vision is to develop what we call data refinery, wherein we pull multiple sources of data, clean up the data and put it into a format that you can run models on top of for understanding complex global systems.

We have done a lot of work in the agriculture area; for example, what is the agricultural output of a country, how much corn is grown in Argentina, how much soya is growing in the US. We also looked at areas like forestry, shipping, logistics with oil & gas infrastructure and energy infrastructure. Those are the kind of models that we can start building Descartes Labs on.

Our sweet spot is looking at supply-demand factors for large commodity supply chains. Therefore, it is very important for us to understand about raw materials — where they come from, how much is being produced, where are they stored, how are they processed and how they move around the globe. When you can do that, you can get a living atlas of the world where you can watch these raw materials move around the globe and get them to a place where they are needed most efficiently.

Tell us about your living atlas of the planet.

We have spent a lot of time and work on our core infrastructure of the platform. We released an initial version last year, and now we plan to update it this year. A lot of work is going into looking at how we make it easy for scientists to grab huge amount of data and throw huge amount of processing at it.  Even though that is very technical, what makes it interesting is that when you are looking at country-level or global-level analysis, you need a considerable amount of computing power. 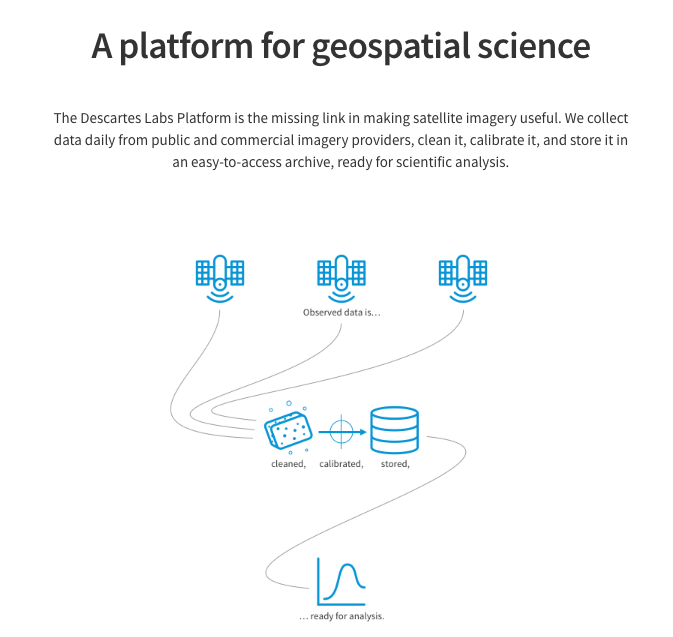 We are also working on ways where we can add some intelligence to those pixels by building different layers… think of it as a Lego building block set that a scientist can use, so you do not have to build everything from scratch every time. We are working on not only allowing scientists with huge amount of geospatial knowledge to have access to a lot of pixels and processing power, but also making geospatial science problem accessible to a broader set of people. We are turning geospatial science into a data science problem.

Destartes Labs has been expanding very fast. What are your immediate plans?

As a company, we have expanded very quickly. The original team comprised about six people — a group of scientists from Los Alamos and myself. We are over 70 people now and plan to hire more. We have staff working from home because there is not enough space at the headquarters. We plan to build a larger headquarter this year of about 15,000 sq feet.

We raised $30 million last year, which means we are very well capitalized and would continue to grow.

The reason why we have grown so fast is because the geospatial world is on fire right now and we have tons of sensors going up in space. They range from radio frequency sensors to radar sensors, and a whole host of earth observation sensors and optical sensors, and when you combine all that data with computational power you get in Cloud plus machine intelligence. We can take all those pixels and build some real value for customers. I am really excited about our prospects.

Do you think that machine learning and artificial intelligence are still technologies of the future or they have very much arrived?

I have been in machine learning for 10 years now and one of my favorite phrases has been “never mistake a clear view for a short distance.” There is so much potential in machine learning and teaching computers. However, it is still a long  road before we have a machine learn model that understands every single object down the planet and watch them move around and really build that living atlas.

I am really excited about the potential of machine learning for the future. It is a long journey as we expand our knowledge in this area.

Do you think development of AI ethics must keep pace with innovation?

I am an optimist and a technologist. Human brains are geared to make patterns out of the world. It is probably the only thing in the universe which can competently use language and take data from the outside world, and translate that into action.

Computers are getting better, but it is a slow process. I look at the next 5 to 10 years to be a combination of man and machine, and not just man or machine alone. A lot of tools that we are looking at today is how we can support analysts who have some mission-critical needs and make them make them more efficient.

It is estimated only about 1% of earth observation data that is generated is being actually used. How do we focus on analyzing the existing data rather than chasing new ones?

I think one of the reasons only 1% of the data is being used is that we have humans looking at it instead of machines. There’s a huge opportunity there for machine learning and in training models that can say ‘here’s something salient that probably someone should look at’. That would increase the number of pixels that we look at considerably. Generally, this is where machine learning models are really useful.

Take the case of agricultural supply for instance. There are not enough eyes on the planet to look at 3 million sq km of corn belt and look at that every day to understand how much corn is growing. You need to have computers to do that. And that means we consume way more pixels than even a large organization like NGA with their thousands of analysts.

Machines never get tired and you can scale them up almost infinitely, and humans have unique intelligence. Combining these abilities can enable us to be looking at a lot of more imagery smartly.

Ideally, for the space industry to sustain, the commercial industry should be its first customer. However, across the world it has been a government driven industry. How do you view this trend?

While researching the space of space, I was shocked to discover that most space companies draw vast majority of their revenues from the government. It is bizarre because any CEO of a Fortune 500 company would sign up instantly upon knowing that there are commercially available pictures of an opaque economy like China. I wondered why this hasn’t happened.

In early days of Descartes Labs we focused solely on commercial opportunities with the intention of bringing those commercial capabilities to the government side. Most of our customers are commercial ones today, and though our government business is growing, I hope that our commercial business will remain strong and healthy.

It is incredibly important to form public-private partnerships to leverage the investment dollars of the private industry, and only then will our satellite infrastructure be resilient. Things are changing. There are a lot of parallels between the problems that governments have in understanding their economies and the problems companies have in understanding the ecosystem they live in.

The government absolutely has an important role to play in the geospatial world. But now you can see a lot of companies in the early days supported by governments but then they are reaching out to private industry to apply all their knowledge and domain expertise in a new way. I hope to see this more.

What are your views about the NewSpace revolution that has been unleashed?

I am very excited about the new sensors going up — earth observation, radar, radio frequency, hyperspectral… This is great because there are some serious innovations going on in space. Our company was founded on publicly available datasets from NASA and European Space Agency and it is really nice to see the space world expand into a much broader set of startups.

There is a lot of money going into the space industry right now. It is difficult to imagine a world where you can sustain hundreds of earth observation companies, but that increased competition is also teaching them to be sensitive to customer needs — to build sensors that are optimized towards the kind of data that are going to solve problems for both the corporate world and the government world. Of course, in situations like this not every company survives but the ones that do survive will be incredibly healthy and will be delivering data that is on point to the problems that we are going to solve.

Do you see yourself as a scientist or an executive? How would you define your leadership style?

I am certainly not a scientist because I don’t have a PhD and I studied philosophy. But I don’t see myself as an executive either. My history and my background is about taking a core fundamental technology and trying to translate that into something that is useful to a consumer — whether it is an actual consumer on an iPhone or whether it is a government or a corporation. I think there is a little bit of a lot of different skills I have — ability to understand problems really well, ability to be crisp about defining problems, ability to understand complex technologies… actually not necessarily understand them at the deepest level, but how we can apply them in the real world to solve problems…

I consider myself the Chief Philosophical Officer of Descartes Labs, trying to define the philosophy of defining who we are. Maybe that is my leadership style.

We are a growing company, and one of the things you have to do at this stage is to constantly evolve what your style is. I try to hire really amazing people to run different departments of the organization. I try to allow them to operate independently. I try to focus on strategic aspects and avoid getting into the weeds… although I am not successful there.

I believe the CEO must constantly redefine himself and his leadership style as the company grows. So, once we are 2,000-people strong and stable, maybe I will have defined it. For now, it is ever changing.