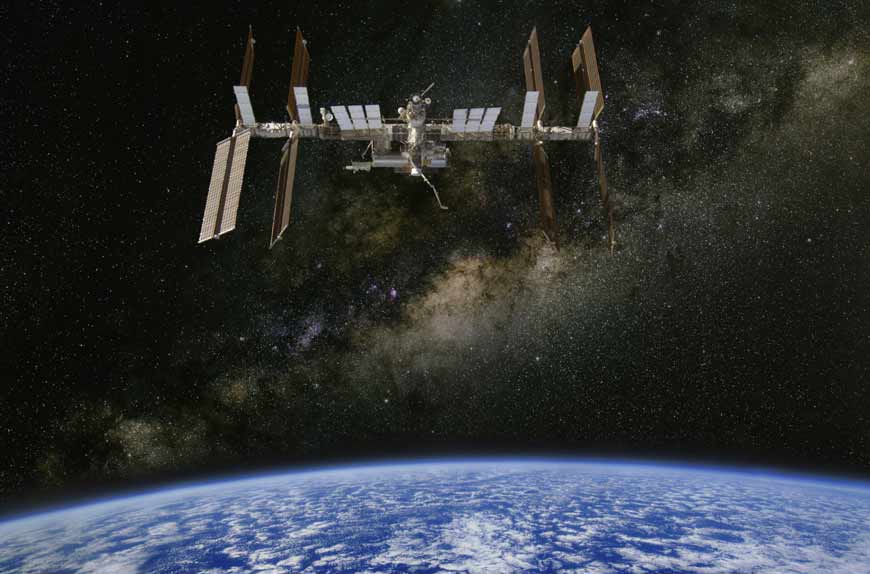 As automation, Machine Learning and AI leave their indelible imprint on multiple and diverse fields, including image analytics, workflow management, construction, autonomous vehicles, agriculture and the future of communication systems, it does seem that very soon these technologies will blast us off to the stratosphere. And the metaphor is quite fitting!

AI and Machine Learning solutions are being increasingly researched and implemented in the space sector for a space age of the future, whose mainstay would be advanced robotics and which might resemble a robotic inter-galactic adventure.

AI and Machine Learning in space

Application of AI is being extensively researched in the domain of satellite operations, especially in supporting the operational mechanism of huge satellite constellations, which usually includes many facets – relative positioning, communication, if cycle management etc.

There are certain Mars rovers that are AI configured and navigate on their own. But extensive use of rovers in the future would not be possible without upscaling existing research capabilities.

ESA among the pioneers

ESA is supporting and sponsoring many studies into the use of AI for space and spacecraft operations. As of now, spacecraft’s need to constantly communicate with Earth-based stations to operate, but the new age autonomous space crafts would be able to operate autonomously. This will boost exploration efforts and also significantly reduce the cost of space missions. It has been identified that autonomous navigation and software upgradation are the key requirements before going completely autonomous.

The focus is also on managing complex constellations to reduce the workload of on-ground stations. With complete automation, the need for human intervention would be reduced, saving a lot of time, effort and money. For this purpose, automated collision avoidance maneuvers need to be developed. One study under the aegis of ESA’s Basic Activities inputted historical mission data into ML algorithms to search for new features useful for future telemetry checking, command verification and procedure writing processes.

Deep Learning also has its set of utilities in space, no matter however nascent in scope. Deep Learning can be applied in automatic landing, intelligent decision making and fully automated systems. ESA’s Advanced Concepts Team (ACT) is researching these possibilities. In particular, the ACT researched evolutionary computation, which includes writing computer code in such a manner so that all evolutions are considered. The better results are kept, and the worse are simply rejected — just like in Darwinian ‘Survival of the Fittest’ evolution. This can be used to calculate the trajectories of the planets. ACT is also working on a community science mobile app that would enhance and improve the autonomous capability of space probes and optimize planetary and celestial tracking system.

Jouney of a thousand miles begins with a single step and ESA has already taken a giant leap in AI and Machine Learning research. Smart data transmission software aboard the rover removes the margin of human error which can otherwise lead to fatal consequences. AI has proven to be a powerful tool for sifting and filtering through a virtual ocean of data and its predictive analytics methods would soon be used by many space agencies.

Consensus across the board

Just like ESA, other space agencies are also equally enthusiastic to develop AI capabilities and use it in space programs. The German Aerospace Center launched an AI assistant that will assist astronauts with their daily tasks on the International Space Station. The voice-controlled smart assistant, which is known as CIMON (Crew Interactive MObile companioN) is capable of multiple functions.

NASA has also joined hands with Google for the exclusive training of AI algorithm that enables sifting data from the Kepler missions and identifying signals from an exoplanet, leading to the discovery of two new exoplanets, which were previously undetected by scientists. The same project will now be deployed for Earth Observation as well.

JAXA, the Japanese Space Agency, has also developed an intelligent system that is aboard the International Space Station clicking and storing pictures of experiments in the Japanese module, KIBO. It was developed to promote the autonomy of extra- and intra-vehicular experiments while seeking to acquire the robotics technology necessary for future exploration missions.

ROSCOSMOS, the Russian Space Agency, is also not behind. It has developed two humanoid robots called FEDORA, which has been sent to the ISS.