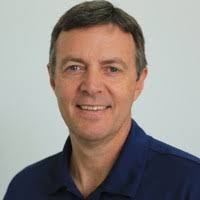 What exactly is digital construction?

Digital construction is about making a move away from the drawings to data to derive what we are doing. So at the current stage, people are using drawings that can be converted into PDF, but they are still basically using drawings as their primary means of communication in construction.

Going to digital construction means going to a data-driven approach. It could mean that we are providing data to control earth moving equipment directly or during leveling and so on automatically. It could be construction workers on the field who are consuming digital data on their tablet or on their phone; it could be the site office on the site using a touch-screen to do project progress review. These are the examples of digital construction.

But the most exciting one is the use of new kinds of technology to capture construction progress and their context capture. Photogrammetry application is one such example where we can fly a drone over the site, take photos from the site, and automatically create 3D models that everyone in the construction can see and share.

What is the role of Cloud services in digital construction?

Cloud is very important because most of the business processes are moving to the Cloud and construction is no exception. Data sharing is a big issue and often the design team is remote from the construction team and using the Cloud as a communication medium is an obvious thing to do. The adoption rate of Cloud computing in construction is fantastic. With jump in technology, like we evolved from landline network to cell phones to wireless network, the same thing will happen in Cloud computing.

An exemplary case in point in digital construction

Nagpur metro has really embraced this technology and they are being very successful with it. They have also embraced the idea of BIM academy and working with us in partnership to raise the skilled workforce and make sure that the technology is applied appropriately.

On the global stage, Crossrail in London is another fantastic example which is a very complex 35 billion dollar project through the middle of London. A fantastic digital twin, they used BIM software throughout the whole thing.

How is reality modeling used in construction?

Reality Modeling is the process of capturing the existing or real state of a site or an SF prior to making some changes to it. Particularly within Bentley, we have three different parts of reality modeling, that’s really around photogrammetry of 2D photos into 3D meshes, around point clouds and managing point tasks or goods captured by laser scanners and managing images that are being captured by few conventional photography methods. The fastest growing part of reality modeling is the context capture photogrammetry business where photos are captured by phone, camera or drone or from an aircraft and turned into 3D models.

The three main benefits of reality modeling are?

The second benefit is time, time to make good decisions, because the capture process is very fast and relatively inexpensive, it means we can bring some decision-making earlier in the process. That can save time and generally speaking every good quality information received earlier helps to reduce project risk and project delay later.

The third benefit is in communication- having everyone in the design team and the construction team is able to view a reality model in their web browser with no special setup. This is a tremendous enabler of team communication.

What is the difference between reality mesh and reality modeling?

A reality model is a bit more of a general term to what we are seeing these days as a trend towards hybrid reality models. The models are made up of photos and mission, have some point cloud and other data types. A reality mesh is a direct output for context capture, but it’s a part of the overall reality model, which includes all of those different data types.

So what’s next in digital construction – AI?

AI is finding its way in an increased number of applications. We are seeing it deployed in different areas, one is in the construction progress monitoring, where we fly a drone and capture some images to create a 3D model and identify what’s changed in the model. We can also use it for things like capturing the same type of survey model and then automatically identifying and removing the construction equipment from the models to get the true ground service. The third example would be in surveying for safety purposes, keeping a continuous record of digital survey, to determine if and when an accident occurred, what were the circumstances at the time and what are the appropriate safety measures being taken.