The UNECE is one of the five regional commissions of the United Nations and includes member States from 56 countries in North America, Europe and Central Asia and is home to 1.3 billion people, some 17% of the world’s population, and accounts for 45% of the global GDP and 66% of the global fresh water. The region has a large proportion of its population living nowadays in cities — between less than 50% in Central Asia and up to more than 80% in North America and Western Europe — and 70% is living in agglomerative “super-cities”.

According to the findings of the HABITAT III Regional Report for the UNECE Region, the rise of the knowledge economy built on the digital revolution is bringing about massive opportunities and challenges for cities. Today cities are vulnerable to economic, social and environmental risks: cities are sprawling, the society in most part of the region is ageing,
and cities are using natural resources unsustainably. The high level of urbanization also presents serious challenges for sustainable development and climate change adaptation. The urban areas are responsible for considerable amount of the world’s energy consumption and greenhouse gas emissions and are largely affected by urban migration.

Smart is sustainable too
Over the last two decades, research has highlighted how information and communication technologies (ICTs) can be used to achieve urban climate targets by lowering energy use and GHG emissions while boosting socio-economic growth. This is why UNECE talks about “smart sustainable cities”. This concept aims to highlight the importance and potential of ICTs in assisting cities to introduce not only economically profitable, but also environmental-friendly and socio-culturally adequate urban services based on technological innovation. The main features of smart sustainable cities make them an efficient tool to accomplish the urban targets set forth in the 2030 Sustainable Development Agenda.

The digital revolution of cites is the biggest change our society is facing; it has acted as a driver of economic growth in recent years and is transforming the whole society. The Internet permeates the global economy, but also human interactions and is an instrument to empower people to take more informed decisions. Cities are best placed to maximize the opportunities of the digital economy, and are particularly well-placed to accelerate growth in the knowledge economy through the digital revolution.

The Smart Sustainable Cities definition
In order to clarify this landscape, UNECE jointly with the International Telecommunication Union (ITU) and other partner organizations, elaborated a Smart Sustainable Cities Definition which reads: “A smart sustainable city is an innovative city that uses information and communication technologies (ICTs) and other means to improve quality of life, efficiency of urban operation and services, and competitiveness, while ensuring that it meets the needs of present and future generations with respect to economic, social and environmental aspects as well as cultural.” We are discussing this definition at UN level and we aim to give a universal “name” to this concept which is to be used at global level.

At the same time, UNECE together with ITU and other partners elaborated the UNECE/ITU Smart Sustainable City Indicators, which were endorsed by the UNECE Committee on Housing and Land Management on December 15, 2015. They are the results of 3 years of negotiations with international organizations, countries, cities and all relevant stakeholders. The indicators were developed as a tool to evaluate how smart and sustainable a city is, and serve as a tool to identify priorities for action. These indicators became the basis for the Standards for Smart Sustainable Cities to assess the achievement of the Sustainable Development Goals (SDGs). These standards are being discussed by the ITU-T SG5 on Environment and Climate Change and are very close to be approved and be launched. The list includes 92 indicators, both core and additional, grouped under three areas: Economy, Environment, and Society & Culture.

These key performance indicators reflect the content of the SDGs, which were approved in September 2015 by the United Nations General Assembly, and their indicators, launched by the UN in March 2016. Therefore, the Standards for Smart Sustainable Cities to assess the achievement of the SDGs will help cities to evaluate their performance against the SDGs. At the same time, the application of these standards will help our cities to identify and address their urban challenges and to overcome their major issue: to enhance the quality of life for their inhabitants by creating more compact, inclusive, sustainable and “connected” cities.

Going forward
However, while we are speaking about cities being sustainable and smart, we are still far from being there. There is a need for stronger urban governance. Cities are struggling to address issues of the demographic changes, including ageing, migration, security, and to overcome multiple economic, financial and social problems. The digital divide among western and eastern countries of the UNECE region is still high but the UNECE is committed to assist its member states in their efforts to promote sustainable urban development through its advisory services, capacity building activities and exchange of experiences and good practices. Strengthening regional cooperation will support the implementation of the post-2015 sustainable development agenda and the monitoring of the achievement of the SDGs; which will both complement the New Urban Agenda.
There is no more time to wait; the future is here. We need to welcome the future and work together to make cities smarter and more sustainable and a better place to live in. 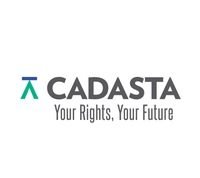