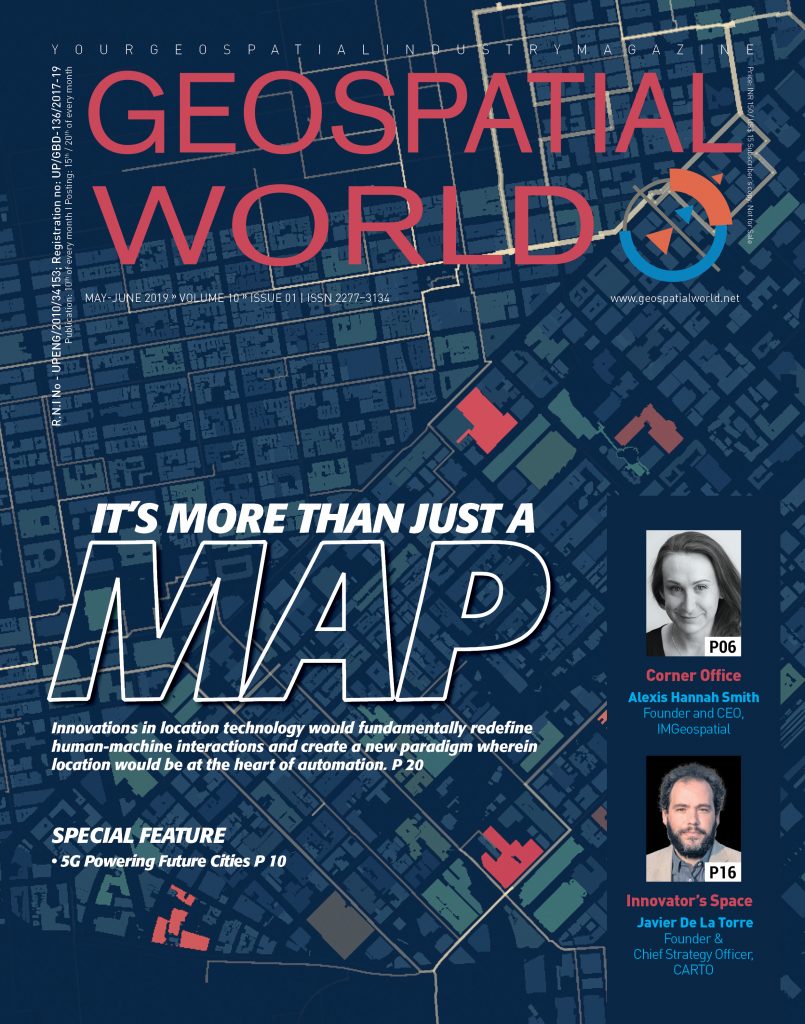 It is all about fabric, and not about textiles. The fabric here is invisible, but it ties together most of us, our possessions, our very lives. Early on, people referred to it as that formless, undetectable, immeasurable entity that brought the light from distant celestial objects to us on Earth. Today, we call it electromagnetic waves, mathematically proved by James Maxwell, demonstrated in the laboratory by Jagadish Bose and practically demonstrated to the world by Guglielmo Marconi. What was a wonder in the early part of the 20th Century continues to amaze us in the 21st Century as well. Such is the power of electromagnetic waves and the ingenuity of humankind.

From that tragic day on board the Titanic, as its operator clicked out SOS on his wireless apparatus, to the ‘Help Me’ app on the smartphone of a lady in distress, electromagnetic waves have wrought wonders. Samuel Morse was prescient when he clicked out “What hath God wrought” on the first demonstration of his invention, the Telegraph. Alexander Graham Bell was more practical with his telephone when he said, “Mr Watson, Come here. I need you”.

That ‘here’ has become the driving force of the marriage of wireless communications and geospatial systems. The offsprings of this marriage, among others, are location and Internet of Things. Today, we cannot think of ‘where’ and ‘here’ of geospatial without the connectivity provided by wireless communication systems. It all started with wired LANS and MANs, before graduating to wireless WANS. And then came the Internet, GRID and Cloud and cellular networks. The name of the game is bandwidth. From simple voice telephony of 1G, we rapidly moved through the numbers and are now at 5G, with 6G peeping over the horizon. Geospatial is all about graphics and graphics need bandwidth. Therefore, it is not surprising that location and IoT have taken to cellular-like a duck to water.

Both applications need mobile, reliable and always-on connectivity. Location has moved much beyond finding POI. Indoor location is making waves and targeted advertisement based on individuals’ location and preferences is one of the less desirable outcomes. Location borders dangerously on invasion of privacy and worse. IoT, location and real-time sensing are ‘driving’ cars into uncharted areas. While it is great to sit back in your car and relax while machines and AI do their job, it is that occasion, when they fail, that worries the prospective owner. Whose liability is it, the owners, the manufactures or the software developers? This dilemma is perhaps best illustrated by the Boeing 737 MAX MCAS system where it was just software automation, not artificial intelligence, that overrode human control with disastrous results.

So can we blindly put our trust on artificial intelligence and automation to do things while we are busy doing what computers and automation cannot do? The answer is a qualified no. Going back to the self-driving cars, is there an answer to the oft-quoted dilemma, whom to hit in an unavoidable accident situation: a senior citizen or a mother and child? There are ethical issues that go well beyond just hardware and software, beyond IoT and geospatial. Can a human ever be replaced in such situations? Have we ever heard of ethical robots?

As technology gallops on, there is a need to sit back and consider such issues. Perhaps that is why smart cities have put “the citizen” at the center of their efforts. Even here, the danger is that the technology developer might think and design on the basis of an imagined perception of citizen needs. Putting the citizen at the center should mean that he/she becomes an active member of the design and not just a “passive beneficiary”. This is not a radical new concept. Social workers have been using participatory methods since long, and in the realm of geospatial, Public Participatory GIS is a reality. Maybe one should turn smart cities to PP-SC to stress on the point that the citizen has to be at the center of things.

There are other issues too, beyond location and IoT, beyond self-driving cars and targeted advertisement. 5G has resulted in unexpected fallouts. It is interfering with weather satellites, which are trying to estimate water vapor content in the atmosphere. In Europe, tests of 5G were halted after an unusual number of bird fatalities in the test area. The fragility of our only home is under threat from climate change and global warming, and from “unbridled development”. A recent UN study shows that 1 million species are under threat of extinction and the window is closing to safeguard biodiversity and a healthy planet. To what extent are modern geospatial technologies gearing up to deliver solutions to such problems? A study shows that the very areas where the danger is high are also the ones where geospatial readiness is low. This is an indicator of where the industry and governments must focus and bring to bear all the tricks and tools of the trade, be it AI, Cloud, IoT, ore location.