Gujarat state is situated on the West Coast of India between Latitude 20o02’N and 24o41’N and Longitude 68008’E and 74o23’E. On the basis of geographical features, Gujarat comprises three regions, namely,

Fig. 1: Some of the ancient/historical ports of Gujarat

People have lived in Gujarat for hundreds of thousands of years and there are many traces of primeval life here. Archaeologists have discovered ruins of port towns, which existed in the 3rd or the 2nd millennium BC indicating that marine trade was prevalent then. Gujarat had trade relations with many countries in those days. Gujarat’s relations with other countries were weakened after the abandonment of cities of the Indus Valley Civilisation. Little is known of the inhabitants of the times gone by except what can be gleaned from the artefacts left behind by them. Trade and navigation, both oceanic and riverine, again grew tremendously in the Mauryan period which extended from 321 to 180 BC. The Arabian Sea was mainly used for the purpose of maritime trade. Thus, Gujarat is known for its navigation from ancient times and had established trade links with ancient countries like Sumer, Phoenicia, Rome, Egypt, Arabia, Iran, East Africa, Lanka, Brahmadesh, Malaya, Java, Sumatra, China etc. 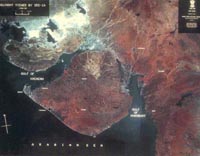 Historical information about the ports of Gujarat is found in Mahabharat, Harivansh Purana, Bhagvat and in Matsaya Purana. It is mentioned in Harivansh Purana that the prosperity of Yadavas was due to the sea trade. Kautilya has mentioned in his ‘Arthashstra’ that the main occupation of people living on the coastline was navigation. The ancient Greek and Roman books refer to the names of many ports of Gujarat, which were famous during that period. Greek author Galazy has written in his book ‘Batiyas’ about the shipping of Kachchha (c.150). Greek author Peryaksa has described the shipping of Kachchha in circa 246. The author of the ancient African book ‘Tibu-tib’ has appreciated the strongly built Kachchhi vessels, which used to sail up to Africa in those days.

A book which was written after the Solanki period named ‘Nabhi Nandan Jinoddhar Prabandh’ mentions about Gujarat: “Residents of this region are small traders doing trade at ports and hence prosperous.”

At present, along the coastline of Gujarat, there are about 38 ports. Out of these one is an important major port Kandla in Kachchha district, 11 ports are medium or second grade ports and 26 are small ports. It is believed that Gujarat had a longer coast line in ancient times. Historical information shows that there were 84 ports in Gujarat during the medieval period. There were 62 ports in Saurashtra as late as 1842. It is also mentioned in the literature that ships from 84 different ports from various countries having different flags on them used to visit Mandavi port in Kachchha before hundred years. Figure 1 shows some of the ancient and historical ports of Gujarat. Figure 2 shows a mosaic of IRS imagery over Gujarat. Table shows ancient and historical ports of Gujarat mentioned in literature. Fig. 3: A boat coming from Tharad and a prominent citizen receiving a guest.

As per historical evidence, Saurashtra was an island in the 2nd millennium BC. Kachchha also was an island up to 18th century AD and ships were plying in the present Rann area. It is found from literature that Thirpur Nagar, the present Tharad of Banaskantha district, was a prominent Hindu and Jain centre from the Rajput period onwards. A picture in one of the manuscripts written by Kalyansevak Dhanyakumar shows Tharad as a port, (Figure 3). There are some scattered references to navigational activities during the Solanki period also. Siddharaj Jaysinh visited Varahi of Santalpur taluka, Banaskantha district in a chariot and handed over the chariot to the mahajana of Varahi town to take care and went to Sanchor by ship and boat from Varahi (Prabandh Chintamani). It is said that the old name of Varahi was Fabava or Fabavah (port). There was a flourishing wooden shipbuilding industry in Gujarat at Mandavi, which played a significant role in shaping the destiny of nations, which ventured across the seas to extend their influence. Historical evidences show that the Rann of Kachchha was once a Gulf and was suitable for shipping and up to the seventh century ships were plying in this area. Figure 4 shows that in the 8th century BC, the Rann area was part of the sea or the Gulf of Kachchha. Around 6th BC, during the Buddha period, Bharuch was a prosperous port. Trade relations were established with the Middle East countries. Ships were plying in the Gulf of Khambhat for centuries. 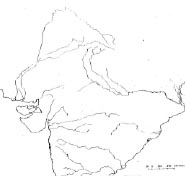 Fig. 4: Rann of Kachchha as a part of the Arabian Sea (8th to 6th century BC)

Marine trade had also flourished during the rule of Kshatrapa and Gupta kings. The capital of Maitrak kings, Vallabhi, was also a very prosperous port town during those days. The waters of the Gulf of Khambhat were not far removed from its gates and the city thus had sea communications. The former seaworthiness of the place is testified by the buoy that guards the entrance to the town even today and also by the copper plates found from different places during excavation. At present, the town is approximately 35 km away from the present seacoast and is completely landlocked. It is believed that the first vessels having sail were built at Kanakpur, Madhuvati and Bhadravati in Gujarat. As per saying, it is known that the speediest sail vessels were built in Samvat eighth century at Kanakpur. All these places are landlocked today. Fig. 5: Soil marks in the IRS data of Gujarat

Thus, it is clear from ancient literature, historical artefacts and sayings found in the Gujarati language, that there were ancient ports in parts of Gujarat which are now so landlocked that it is difficult to believe that these places were prosperous port towns in the past. Scientifically also, it is unbelievable as it has been shown that the sea level has risen in the past and the ports have been submerged. This may be so at some places in the world and at certain places in India, but at many places in Gujarat and India, it appears that the sea has receded and the old ports are landlocked today. Tamralipti on the east coast and Vallabhi, Gundi-Koliak, Hathab, Kathivadar, Sonrai, Rander, Vartej, Khakhrechi, Vavania, Kuntasi, Desalpur-Guntaligadh, Benap, Padan, Tharad, Mavsari, Bhadreswar, Rayan, Khari Rohar, Nagara, Modhera, Zinzuwada, Kodadha, Amarapur, Kamboi on the western coast of Gujarat are the few examples of well land locked ancient ports. The study of the buried ports forms a fascinating subject in the maritime history of a country. Remote sensing provides both basic and confirmatory data about the ancient ports mentioned in the literature. Thus, remote sensing can unfold some of the mysteries, which are at present unsolved. The solution lies in charting the changes, whi ch have occurred over time. This task can be accomplished through remote sensing and it offers a unique opportunity to reconstruct a nation’s cultural setting besides throwing new light on our history.

Remote Sensing and Archaeology
Archaeology is a science of the human past and its spread over space and through time. Remote sensing provides a snapshot perspective that iindispensable in today’s study of mankind. The utility of remote sensing is mainly for reconstructing historical geography as it provides confirmatory scientific evidences for the same, such as location and spread of palaeo-channels, palaeo-mudflats, settlements and agricultural area, etc. Aerial photographs were first used in 1921 for archaeological applications in North America. This marks the birth of archaeological applications of remote sensing. Remotely sensed data can be used for addressing problems associated with various types of site discovery, site prediction, preliminary reconnaissance and mapping of sites. The data can also be used for confirmatory evidences. The obvious significance of the information of remote sensing to the archaeologists is the problem of site discovery. Unfortunately, although the use of various forms of remote sensing data, primarily aerial data, has proven valuable as a means of site detection in other countries, archaeologists in India have not used remote sensing data for this purpose due to various constraints. Aerial data are generally not available of the required area and even if they are, their use is prohibited for general purposes for defence reasons. To get aerial photography done in India is a difficult task. To get the permission to fly over coastal areas itself is difficult. Further, even after getting the necessary permission from the Directorate General of Civil Aviation (DGCA), the aerial survey itself is time consuming. On the other hand, multi-date satellite data is easily available. Satellite data can successfully be used for archaeological applications. However, applications of orbital remote sensing data for archaeological uses have been limited in India.