A World Bank Europe and Central Asia (ECA) Region innovation grant was awarded to test the use of unmanned aerial systems (UAS) to pioneer a scalable, cost-effective approach to produce spatial data for development projects.

UAS technology facilitates the production of faster, better, cheaper spatial data that can be adopted locally by the public and private sectors for multiple purposes. UAS can serve as an effective tool to collect accurate and current spatial data that improve services and governance by linking spatial data through e-governance, thereby providing governments with new ways to integrate planning, taxation, disaster risk management, and the monitoring, mitigation and adaptation of climate change. The key issue faced by most of developing countries is poor data quality and the use of UAS has role to play in faster data quality improvement.

A World Bank Europe and Central Asia (ECA) Region innovation grant was awarded to test the use of unmanned aerial systems (UAS) to pioneer a scalable, cost-effective approach to produce spatial data for development projects. A team of World Bank land lawyer, FAO Information Technology expert, international surveyor with UAS experience, local surveyor, and international and local university professors has been involved in the project design and implementation. The initial phase was conducted in several locations in Albania in December, 2013 with very promising results.

The first test location was 25 ha agricultural area that will be used for a national urban water supply project that will require expropriation. The UAV reduced more than 3 weeks of field surveying to 2 days (one day reconnaissance and field preparation + one day flying). The resulting digital orthophoto (DOP) was produced locally within 48 hours with 2 cm accuracy and was used in the field to help property owners easily identify their boundaries. The new DOP was then overlaid on the official Registration Index Map and the errors and inaccuracies in boundaries and other features were easily identified. In addition, the water supply project designs that were sketched onto 2007 DOP were combined with the new DOP to show several new houses that have been built and will affect the government’s Resettlement Action Plan. Using the up-to-date and accurate maps can help avoid costly mistakes and delays.

In a second test location in a dense urban area the team showcased how the production of 3-D models can facilitate better infrastructure design and asset management, urban planning and updating building inventories, and upgrading informal settlements.

Finally, the team shot live video of a post flood situation along a river, highlighting the potential for disaster risk management.

The results and analysis of using UAS were presented at the annual World Bank Land and Poverty Conference in Washington DC, held in March 2014.

Can UAS be locally adopted?

UAS now come in small, portable versions, yet can produce better accuracy results than conventional surveying and mapping methods. The extremely reduced capital requirements to assemble an UAS-based photogrammetric service and the possibility for local professionals to learn how to use it allow an affordable and scalable workflow from image acquisition to the creation of virtual environments for a wide variety of uses.

The UAV used in Albania

There are numerous hardware and software options from large and small companies worldwide. The strategy of the team for Albania was to identify low cost solutions that can be readily adopted by and for the local market. The optimal situation is to have UAS locally based and deployable at a moment’s notice.

The UAS assembled for the Albania work was a combination of parts from proven companies (for example, a South African manufacturer produced the main body used for UAS) combined with standard commercial components ordered over the internet (for example, the camera was ordered from www.amazon.com at a cost of US$ 400). Other components were designed and produced by the UAS team in a collaborative forum (for example the base to hold the GPS navigation receiver was designed and printed by the team using a 3D printer).

The data produced and lessons learned in Albania were a successful conclusion to the initial phase of introducing UAS technology into the development project context. A second phase for using UAS technology and the resulting spatial data are planned in Albania under a joint European Union and World Bank technical assistance program which is due to continue in late spring 2014, with a focus on improving cadastre/registration information for the Immovable Property Registration office and further developing the national Spatial Data Infrastructure. The project will contribute to improve the operational effectiveness of land administration in Albania including development of a national spatial data infrastructure compliant with the EU INSPIRE Directive, develop new e-services as part of wider e-government and good governance strategies; and data quality improvement.

UAS derived spatial data enhances transparent, accessible and accountable systems for land administration and natural resource management and contributes to the national Spatial Data Infrastructure (SDI) – the information produced and distributed by land cadastre/registration and mapping authorities is an integral part of SDI and represents over 85 percent of reference data (base maps).

UAS is a promising new tool for improved project design and implementation in which spatial data can be captured in a short time with a low cost and used in various fields and the governments, private sector, universities, the World Bank, FAO and other development partners could benefit from the experience in Albania. 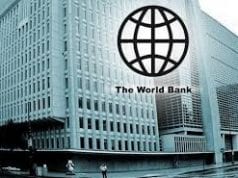 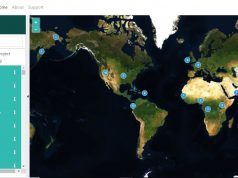 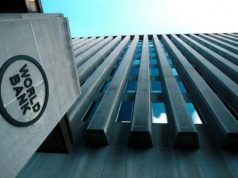