What is Internet of Things? What is the meaning of IoT? Know all about IoT.

And don’t worry, I am only going to stick to the basics.

You may be watching this video or your PC or phone and it is connected to Internet. Internet on your device could be connected through broadband or WI-FI. Simply put, this is the concept of basically connecting any device with an on and off switch to the Internet.

The Internet of Things, or IoT, refers to billions of physical devices around the world that are now connected to the internet, collecting and sharing data.

As the price of the processors and wireless networks goes down, technology is becoming cheap and penetration of smartphones are sky rocketing…it has become possible to turn anything into part of the IoT.  It is like adding a level of digital intelligence to the devices that would allow them to communicate with a human being or with another machine.

And that’s not all, according to reports there would be more than 26 billion connected devices by 2020. That’s a lot of connections. Isn’t it? But why on earth do we need so many connected devices?

Mike has to go for the morning meeting. His alarm clock wakes him up at 7 am and notifies the coffee maker to start brewing coffee. When he goes to take shower the gyser was already notified and warm water was available for Mike, saving his time. Mike’s car is connected to his calendar and tells him to take the best route to avoid traffic.  If the traffic is heavy his car might send a text to the other party notifying them that Mike will be late.

The internet of things can be applied to things like transportation, production, smart cities and many others..saving us energy, time and reducing waste.

We are yet to completely understand how will IoT impact our lives. What would be the opportunities and challenges that will come with it? For now, the best thing that we can do is to educate ourselves about IoT, because IoT storm is here to stay, and the new rule for future is going to be, “Anything that can be connected, will be connected”. 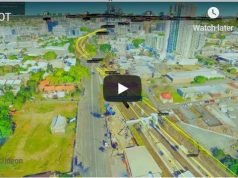