SpaceX has launched an unmanned cargo ship to the International Space Station on Monday, which it later turned around and landed at the Cape Canaveral Air Force base.
The 23-story-tall Falcon 9 rocket blasted off from Florida at 04:45 GMT.
Perched on top of the rocket was a Dragon capsule filled with nearly 5,000 pounds of food, supplies and equipment, including a miniature DNA sequencer, the first to fly in space.
As the Dragon cargo ship began its two-day journey to the station, the main section of the Falcon 9 booster rocket separated and flew itself back to the ground.
SpaceX has been developing rockets that can be refurbished and re-used, with a prime objective of slashing launch costs substantially. 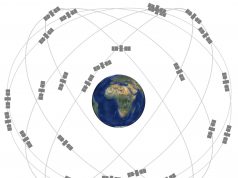 What is GPS III & how capable it is?