In its longest and most complex mission, India‘s space agency ISRO launched eight satellites from one rocket into two different orbits on September 26. For India, the star of the show was the 800-pound SCATSAT-1, which will provide data for improved weather forecasting, particularly for tropical cyclones. US-based Blackksy’s Pathfinder-1 is a commercial high resolution imaging micro satellite.Canada’s NLS-19 is a technology demonstration nano satellite for experimentation in helping to reduce space debris and for tracking commercial aircraft.There were three Algerian satellites are for earth observation, remote sensing and technology demonstration.What made this ISRO mission a challenge is that most countries launch satellites in a single orbit.Even if multiple satellites are injected, it is in a sequence in the same orbit.The PSLV launched its payloads in two different orbits. The twin-orbit manoeuvre was recently accomplished by European Space Agency‘s Vega rocket. 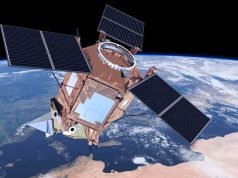