Around 250 million measurements taken by ESA’s CryoSat over the last six years have been used to create a unique 3D view of Antarctica, offering a snapshot of the undulating surface of this vast ice sheet.

CryoSat’s radar altimeter detects tiny variations in the height of the ice across the entire continent, including on the steeper continental margins where the vast majority of ice losses occur.

Importantly, the satellite’s orbit takes it to latitudes within 200 km of the north and south poles – closer than other Earth observation satellites.

Naturally, the mission is also used to map changes in the thickness of ice floating in the polar oceans, which is particularly important for the Arctic. 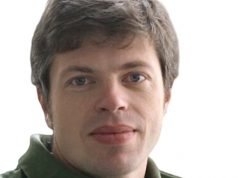