UK: To get some 54,000 residents of an impoverished informal settlement on the map, what3words has collaborated with South African non-governmental organisation (NGO) Gateway Health Institute. This collaboration shows what3word’s another new involvement in Africa after its services were recently adopted by the national postal services in Djibouti and Côte d’Ivoire.

With a mobile address printing machine and a team of local field workers, what3words and Gateway Health Institute addressed hundreds of homes in KwaNdengezi, a township on the outskirts of Durban, over the first two days. The project gives residents access to medical services such as ambulances and medicine, and has provided them with a medical record for the first time.

Almost half (45%) of the 18.7 million adults in South Africa live in townships or informal settlements. Worldwide this figure reaches one billion, with the total expected to triple by 2050. Homes in these informal settlements have no formal addresses, leaving those who live there invisible to the system.

Residents can’t order goods or receive deliveries, and they struggle to access basic utilities, amenities and medical care. In KwaNdengezi Ambulances can take almost a full day to reach the person in need. Medical experts often must track down community leaders to ask for directions, or rely on long and often inaccurate descriptive addresses. Pregnant women who experience difficulties during labour are unable to get help and many die in childbirth.

Gateway Health Institute provides healthcare and community services in disadvantaged areas across South Africa. They run programs to deliver medicine, supply emergency transport for women in labour, and identify hot spots for human rights abuses. However, many of these programs struggle due to the lack of reliable addressing.

Easier in comparison with a GPS, what3words addressing system is more accurate than street addressing and more immediate than any other geo-coding. The entire map can easily be downloaded onto a smartphone thanks to its 10MB file. It works offline without a data connection, ensuring it can be used everywhere.

Using the sign printing machine, designed in a traditional South African style, residents of KwaNdengezi could find their addresses amid the sprawling 14km square informal settlement. With help of 11 local field workers, residents used tablets and satellite imagery to identify the location of their homes and immediately print their 3 word addresses on plastic signs to hang on their doors. Residents can now simply refer to these addresses – which never change – when they need to communicate their locations.

Using these addresses residents can now be registered in a database, creating a medical and community record for these citizens for the first time. The expansion of the local team is also helping to tackle the high levels of youth unemployment in the area. 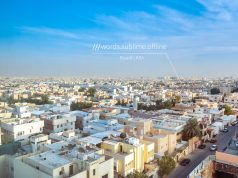 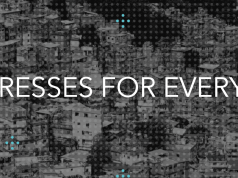 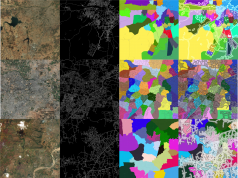