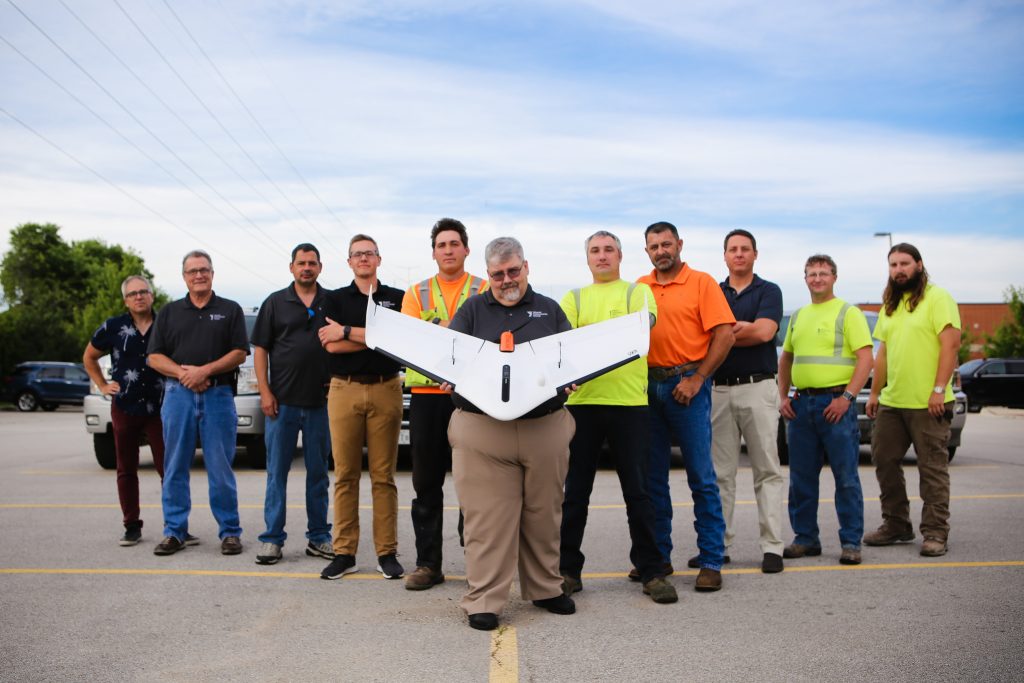 USA:  Delair has announced that Weaver Consultants Group has adopted the Delair UX11 high-performance UAV for its work in large-scale volumetric surveying and topographic mapping. The national firm provides a full range of engineering services and has particular expertise in solid waste and landfill projects.

The firm’s initial use of the new Delair platform has been in developing digital twins of its clients’ sites – mainly large disposal and landfill operations – and performing regular volume calculations to assist in managing the land use at those sites. The Delair UAV gives the Weaver team a highly efficient way to cover large areas quickly and provide the precision data, including detailed images as well as environmental information, needed to monitor their operations.

“For the large areas we need to cover, a fixed-wing drone makes sense. We can cover a lot of ground in a short amount of time – we can do three or four 45-minute flights per day and get reasonably high-resolution data, even flying at 234 feet. We can do 900 acres in a day and there’s no way we could do that with rotor style drones, much less by foot,” said Kurt Aper, Unmanned Aerial Team Lead at Weaver.

Aper noted that a project of more than 40 acres is roughly the threshold where the real benefits of a fixed-wing UAV such as the UX11 become clear. The Delair drone is becoming a critical tool for them as they help landfill developers and operators precisely estimate the volume of materials that are filling their sites and develop expansion plans.

Weaver, a long time Trimble/Gatewing drone user, moved to the newer model Delair UX11 after being impressed with many of the design and performance characteristics of the platform. Among the highlights that they identified are:

“The UX11 is nice because it’s all integrated, like your smartphone. The camera, the GPS unit, the batteries are all integrated and work together. You don’t need separate components with separate batteries or cables to connect everything. There are many fewer points of failure in a system like this,” Aper said.

Seiler Instrument and Delair field support teams worked alongside Weaver’s surveying team to evaluate the Delair drone, and ensure it met the firm’s requirements, including integration with other important tools the firm uses such as AutoCAD, Trimble Business Center, and the Pix4D photogrammetry suite.

The Delair UX11 UAV, introduced commercially last year, is one of Delair’s top-of-the-line drones. The fixed-wing drone is an innovative hardware-software platform that provides highly accurate images for survey-grade mapping, with on-board processing capabilities and real-time, long-range control via 3G/4G cellular networks or radio links. The platform’s enhanced centimeter-level precision along with its efficient operational characteristics make it the most cost-effective solution for large area surveying and mapping.