Norway: Continental Energy Corporation’s affiliate VTT Maritime AS (VTT) has been awarded a contract valued at $ 10.3 million by the Norwegian Road Authority (NorRoad) for a portion of NorRoad's planned highway E39 improvement project. Under the contract, VTT will provide sea mapping, seismic surveying and measurement wire drilling at the site of a major subsea tunnel location.

The existing highway E39 is part of the European trunk road system and extends for 1,100 kilometers along the western coast of Norway. The E39 connects the northern city of Trondheim and several coastal cities including Stavanger to the city of Kristiansand in the south. The rugged terrain currently requires drivers to negotiate ferry crossings at eight deep fjords which results in a total transit time of 21 hours between Trondheim and Kristiansand. NorRoad's planned improvement programme is intended to eliminate all eight ferry crossings by installing bridges and subsea tunnels reducing the transit time to 13 hours. 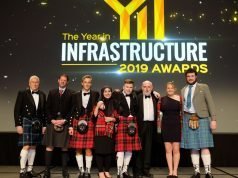