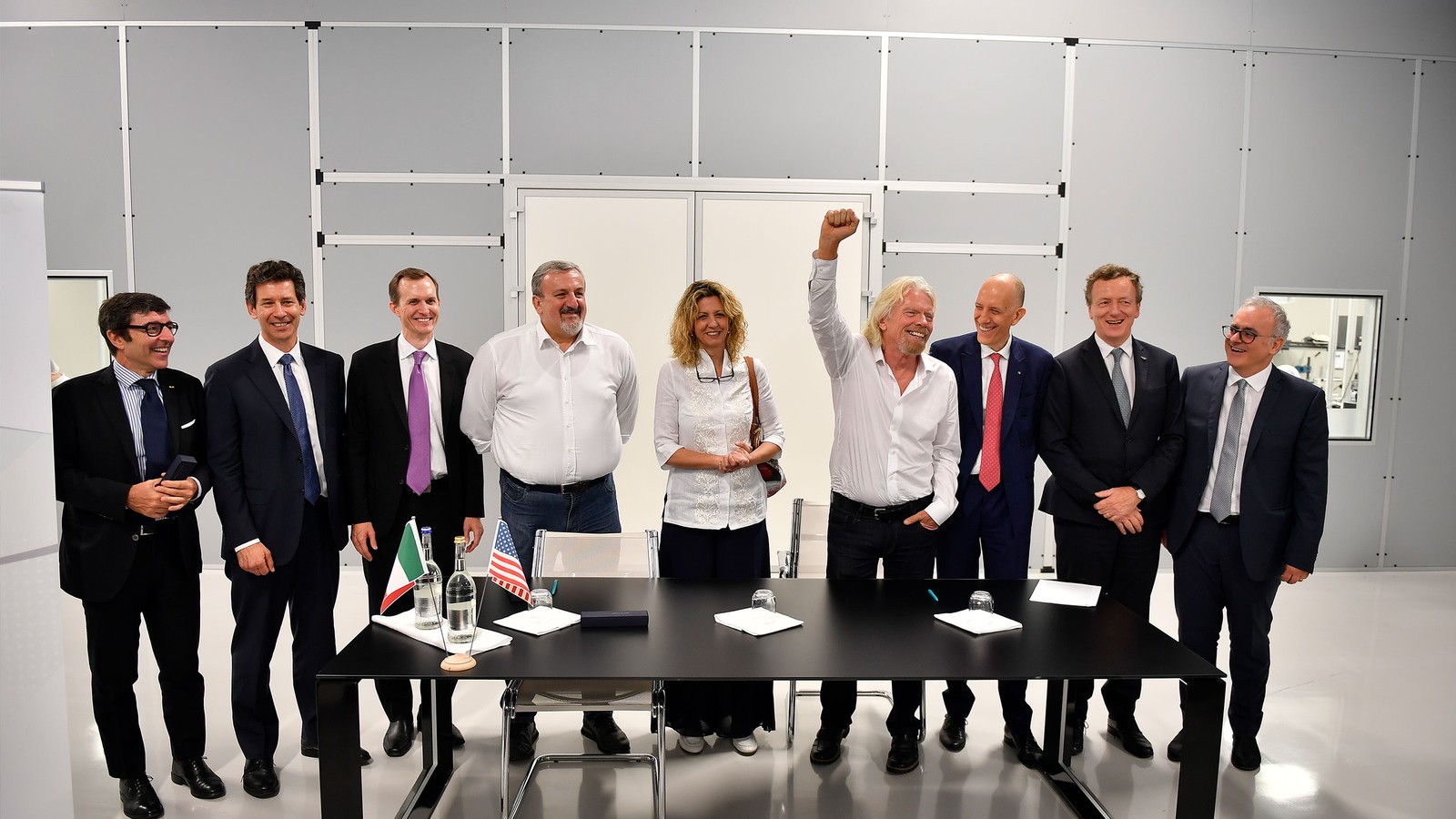 The agreement comes after two years of business discussions, government regulatory analysis, studies on potential operations and market assessment and the signature was witnessed also by the founder of Virgin Group Sir Richard Branson, the founder of Angel Group Mr. Vito Pertosa, the President of the Italian Space Agency Mr. Roberto Battiston, the Italian Minister Ms. Barbara Lezzi, the President of Apulia Region Mr. Michele Emiliano, the President of the Aeroporti di Puglia Mr. Tiziano Onesti and the Commercial Officer of the U.S. Embassy in Rome Todd Avery.

Sir Richard Branson, Virgin Group founder, said “From the Renaissance to modern space science, Italy has always been a natural home to great innovators and breakthrough ideas which have shaped the human experience. I believe Italy’s vision which has led to this collaboration with our Virgin space companies, will provide a real impetus as we strive to open space for the benefit of life on Earth. This partnership could see Virgin Galactic launch the first person in history into space from Italian soil – and in fact from any European territory. Together, we will help to expand opportunities for science, industry and the millions of people who dream of experiencing space for themselves.”

In September 2016 Altec – a public-private company owned by the Italian Space Agency and Thales Alenia Space – signed a Memorandum of Understanding with Virgin Galactic. In August 2017 the U.S. Department of State approved a Technical Assistance Agreement for the development of a plan for ultimate construction of an Italian spaceport, that will provide the infrastructure for future Virgin Galactic suborbital flights. Virgin Galactic’s operational headquarters remains at Spaceport America in New Mexico, the world’s first purpose-built commercial spaceport.

Earlier this year, following the in-depth analysis of potential locations, the Italian aviation authority ENAC designated the Taranto-Grottaglie Airport as the future home for horizontally-launched spaceflights in Italy.

Sitael, the largest privately-owned space company in Italy with headquarters in Puglia region, is partnering with Altec and Virgin Galactic in order to define the framework that will lead the spaceflight operations from Grottaglie Spaceport.

The agreement signed today envisions a dedicated space vehicle system, built by Virgin Galactic’s sister enterprise The Spaceship Company, being positioned at the future Grottaglie Spaceport, which will integrate significant technological and industrial contribution from Sitael and the rest of Italian Aerospace industry, pending regulatory approvals.

The space vehicle would be utilized by customers like the Italian Space Agency as a science platform for high-frequency space research, as well as private individuals to experience space. This dual nature will drive innovation, spur industrial development, STEM education (Science, Technology, Engineering and Math), as well as promote further investments and economic growth in Puglia and Italy as a whole.

Representatives of Italian Government and Puglia Region together with the leadership of the U.S. Embassy in Rome were present to show their support for the plan, highlighting the strategic relevance of the project for both US and Italy.