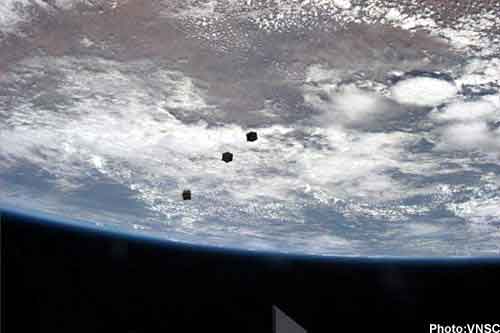 Vietnam: The Vietnam National Satellite Centre (VNSC) has received first signals from Vietnamese manufactured micro satellite PicoDragon. The micro–satellite was sent to the International Space Station (ISS) by Japan”s Kounotori-4 (HTV-4) cargo spacecraft, together with three other NASA satellites. The satellite was put into orbit and it re-sent signals back to earth stations in Japan. Pico Dragon is 10x10x11.35 cm and weighs nearly one kilogram. It is assigned to capture images of the earth, collect space environment data and test communication systems. It was developed by young engineers and researchers from the VNSC under the Vietnam Academy of Science and Technology (VAST).

VNSC engineers are contacting other earth stations in the world to keep a close watch on the movement of the satellite.