US: Stu Shea has stepped down as the Chairman of the United States Geospatial Intelligence Foundation (USGIF). He announced his decision during the ongoing GEOINT 2013 Symposium at Florida, US. Jeffrey K. Harris has been elected as Shea’s successor. Harris is a former director of the National Reconnaissance Office (NRO) and undersecretary of the Air Force.

“USGIF has grown over the past decade to become exactly what myself and the other founders envisioned for the GEOINT Community,” Shea said. “From a small gathering of intelligence professionals, USGIF has built a community around and furthered GEOINT tradecraft, fuelled by the strategic direction of the Board, the talented USGIF staff, and countless Foundation members, partners, and volunteers.”

Shea founded the USGIF in 2004, served as its first president and chief executive officer, and presided as the Chairman of the Board for 10 years. Under his leadership, the Foundation grew from seven founding companies to nearly 250 member organisations, awarded nearly USD 700,000 in scholarships, accredited eight collegiate geospatial certificate programmes, and expanded the GEOINT Symposium from a fledgling event into the largest annual gathering of intelligence professionals, numbering more than 4,000 attendees annually, said USGIF in its press release. 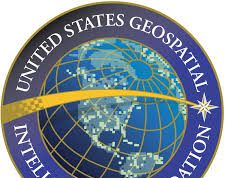