US: The US Navy recently tested, on a Boeing F/A-18 Super Hornet aircraft, the Infrared Search and Track (IRST) sensor that will find hard-to-detect targets over long distances, according to the company. Boeing and Lockheed Martin are developing and integrating IRST, an essential upgrade to the combat capability of the Navy’s Super Hornets.

“Adding an advanced infrared sensor to the Super Hornet broadens the Navy’s warfighting ability. Combined with the Super Hornet’s advanced radar and the Growler’s electronic attack radar jamming ability, IRST will allow the fleet to dominate the skies in all threat environments,” said Capt. Frank Morley, Navy F/A-18 Program Manager. “We continually evolve the aircraft to outpace future adversaries. When radar isn’t an option, this upgrade allows operators to locate targets and deploy the best weapon for the mission,” said Tim Adrian, IRST F/A-18 program manager. The IRST system is being developed under a $135 million contract awarded in 2011 and is currently planned to be deployed by 2017. The technology was initially tested last year on a Boeing King Air test aircraft, which helped reduce costs by advancing the technology before installation on Super Hornets. “The success of this first flight and the test flights before it highlights the maturity of the next-generation IRST system that Lockheed Martin and Boeing are delivering to the US Navy today to support Navy Carrier Strike Group objectives” said Ken Fuhr, director of fixed wing programs at Lockheed Martin Missiles and Fire Control. 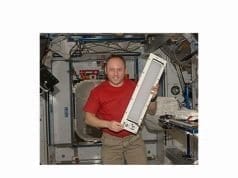