US: Dynamic Aviation Group has received a USD 22.4 million contract from the army in support of the Communications Electronic Attack with Surveillance and Reconnaissance (CEASAR) programme. The contract covers the continued operations, sustainment, and integration of three Beechcraft King Air A200CT communications electronic attack (EA), and intelligence, surveillance and reconnaissance (ISR) aircraft, currently deployed in support of Operation 'Enduring Freedom' in Afghanistan.

The CEASAR system mounted in these contractor-owned and government-operated (COGO) aircraft is based on the Raytheon AN/ALQ-227 EA system as fitted to the US Navy's (USN's) Boeing EA-18G Growler electronic warfare (EW) aircraft. It is designed to provide both a communications jamming and an intercept/monitoring capability, and is capable of accommodating new signals intelligence receivers to meet emerging requirements. It is suitable for both manned and unmanned aerial vehicle applications. While the CEASAR aircraft were known to have an EA capability, they were not previously known to be fielded for ISR duties. According to the DoD, the contract is set to run through to 30 April 2015. Although international combat operations in Afghanistan are set to conclude at the end of 2014, the DoD has identified four key high-end capability gaps for the country's national security forces that will need to be bridged after the International Security Assistance Force (ISAF) mission ends on 30 December. These are air support; intelligence enterprise; special operations; and Afghan security ministry capacity. "International funding and coalition force assistance will be critical to sustaining the [Afghan security] force going forward," said a spokesperson from the DoD. Croatian Government: COVID-19 overview of the latest health, travel and stats news on the coronavirus crisis 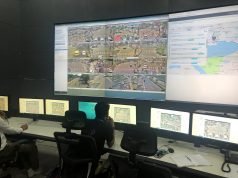