Canada: UrtheCast has successfully completed prototype hardware testing of the principal core enabling elements for its Synthetic Aperture Radar (SAR) technology. This includes the digital sensor electronics, which is the "heart" of the SAR instrument, and the dual-frequency, multi-aperture SAR antenna in which the X and L bands share the same aperture.

Working with its partners, UrtheCast has built two multi-channel Digital Radio Frequency Units (DRFUs) and completed testing of the core functions at ultra-high data rates. This included tests to demonstrate the ability to synchronize two DRFUs at the Terabit per second data rates required to enable the multi-aperture operation of the SAR antenna.

The tests have demonstrated a 150 femtosecond sampling accuracy (i.e., 150 x 10-15 sec), critical for achieving the unprecedented multi-aperture performance capability of UrtheCast's SAR technology. The company has also built and tested a panel of its dual-frequency, multi-aperture antenna using flight representative manufacturing processes that have successfully demonstrated the antenna's RF performance in both the X and L band frequencies and in both transmit and receive modes.

The new SAR technology is being developed as part of the company's previously announced OptiSARTM Constellation. By capturing SAR and optical data in unison, the Constellation is expected to offer uniquely information-rich Earth Observation (EO) imagery and derived information products, serving not only traditional EO markets but also rapidly-growing markets in geoanalytics.

"We believe that UrtheCast's SAR is the world's most sophisticated imaging radar in commercial development," said UrtheCast's CTO, Dr. George Tyc. "It has been developed through numerous innovations and has resulted in the filing of multiple patent applications."

Now that it has been demonstrated using flight representative parts and processes, and the tests have shown that it works spectacularly well, the technical and programmatic risks of our OptiSARTM Constellation development program have been massively reduced.  In short, UrtheCast's low-cost revolutionary SAR technology can now be considered proven. It's a game-changer." 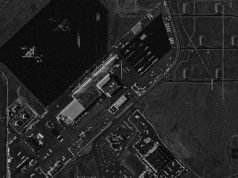 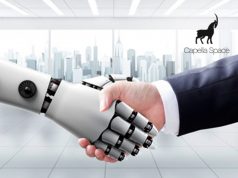 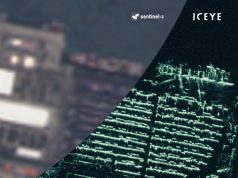