UK: The European Commission’s effort to set common European regulations on the sale of high-resolution satellite imagery outside Europe has been blocked by the British government, according to European government officials. The goal was to create common rules on which a country would be able to receive high-resolution imagery — whose definition is changing with the gallop of technology — and under what general conditions.

“The idea that different nations have different policies on say, what is sold to Korea or somewhere else makes all this confusing. The British seem to have taken issue with this; I am not sure why,” said an official from European Commission, at a space policy conference. The British government has concluded that a blanket European Union regulation would undermine the commercial high-resolution satellite image industry in Europe,” said David Willetts, Britain’s minister for science and universities. 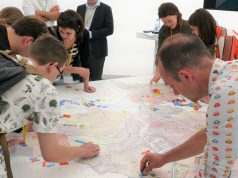