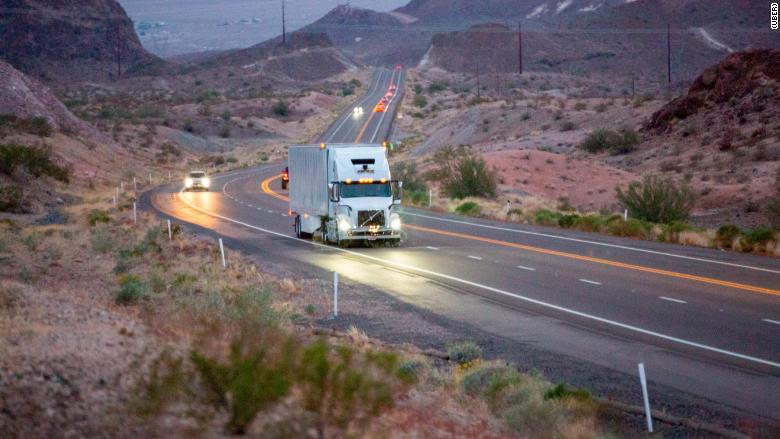 US: In a neck-to-neck competition with Alphabet’s subsidiary Waymo, Uber has started using its self-driving trucks to haul freight on Arizona’s highways. Of course, the company will have a human driver behind the wheel as a backup to take control whenever needed.

Eventually, Uber plans for these trucks to operate without human presence. This isn’t the first time when Uber has operated a self-driving truck on public roads. In October 2016, it used an autonomous truck to complete a Budweiser delivery in Colorado.

But Uber’s latest step brings it much closer to tapping into the potential of autonomous technologies. In Arizona, the company is limiting the self-driving trucks to operating on highways, an easier challenge than driving on local roads. And its trucks don’t need supervision from government officials, as was the case in Colorado.

Uber has not revealed many details about the autonomous truck program. A spokeswoman declined to reveal how many loads Uber is hauling in Arizona.

Uber is combining the autonomous trucks with its freight program, which for roughly a year has offered traditional truck drivers a way to find gigs hauling specific loads. The platform resembles Uber’s best-known product, UberX, which pair drivers in cities with passengers in need of a lift.

Wendell Wallach, a senior adviser to the Hastings Center and author of “A Dangerous Master: How to Keep Technology from Slipping Beyond our Control,” warns that shifting to fully autonomous trucks over a 10-year period would average out to 14,000 truckers losing their jobs a month.

But the trucking industry itself is less concerned. According to Chris Spear, CEO of the American Trucking Assocations, there is a shortage of 50,000 drivers that will double in the next five years.

He doesn’t believe the 3.5 million truckers in the U.S. will be out of work anytime soon.
“It’s absolutely ludicrous,” Spear said. “Maybe [in several] decades we’re talking about a driverless environment. Our ability to attract new talent into the trucking industry is really impeded.”