Dubai: The United Arab Emirates plans to use unmanned aerial drones to deliver official documents and packages to its citizens as part of efforts to upgrade government services. "The UAE will try to deliver its government services through drones. This is the first project of its kind in the world. The drones would be tested for durability and efficiency in Dubai for six months, before being introduced across the UAE within a year. Services would initially include delivery of identity cards, driving licenses and other permits," said Mohammed al-Gergawi, a minister of cabinet affairs, as he displayed a prototype developed for the government.

The battery-operated vehicle, about half a metre (1-1/2 feet) across, resembles a butterfly with a top compartment that can carry small parcels. Colored white and emblazoned with the UAE flag, it is propelled by four rotors. The fingerprint and eye-recognition security systems would be used to protect the drones and their cargo, according to local engineer Abdulrahman Alserkal, who designed the project. The UAE drone programme is expected to faces obstacles like plus temperatures which often exceed 40 degrees Centigrade (104 degrees Fahrenheit) in summer and heavy sandstorms which occasionally sweep across the desert country. "Within a year from now we will understand the capabilities of the system and what sort of services, and how far we can deliver. Eventually a new product will be launched across all the country," said Gergawi. 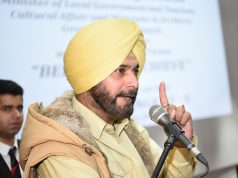