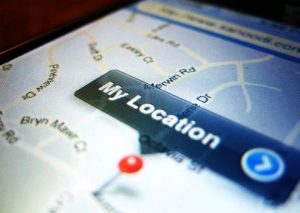 US: In a new feature that would combine location-based photos and videos for Twitter users, the microblogging site is working on camera-first feature that could change the emphasis on the platform from text to video and images, giving advertisers a competitor to one of Snap’s most popular advertising opportunities.

The news was confirmed by three senior agency executives who have either seen a demonstration of the product or are familiar with it. The new function would combine location-based photos and videos with Twitter Moments around notable events. Companies could sponsor events or place ads in between tweeted real-time photos and videos.

The feature would resemble how Snap collects location-based snaps around certain topics and displays them together as a highlighted post on its Discover tab — a feature that has proven popular with advertisers. For example, on Wednesday Snap featured a Discover story on the national school walkouts in protest of school shootings, with snaps from The Washington Post interspersed throughout. Snap has also featured content posted from select MLB games and awards shows.

It’s unclear when the feature could launch, and it could still be refined significantly or scrapped entirely, but ad executives with knowledge of it believed that it was early in the development process.

Twitter has been aggressively going after new advertising business after posting its first profitable quarter, according to multiple advertising agencies. Last year, it was the sixth largest company in terms of digital advertising revenue, according to eMarketer, and video is generally much more lucrative to advertise against than text.

Since everyone is used to posting on Twitter in real time, a camera-first Twitter Moments idea would be a natural fit for Twitter’s users, said one agency executive.

And there would be demand for the product from advertisers, another agency executive said, since Twitter is often the go-to place for customers who are engaged and passionate around cultural moments. The executives CNBC spoke to called the potential new feature a necessary and natural progression to reach younger consumers sharing events with their friends.

One source — who were not briefed on the new feature — said if it was done right Twitter had the scale and potential to take ad dollars away from Snap. Another said that with Facebook going the direction of ultra-personalized content, Twitter could open up an avenue to reach a bigger audience.

“Twitter has been hyper-focused on being a home for live video with partnerships to stream NFL games and the launch of a live-streaming news channel with Bloomberg. In addition, Facebook’s tweaking of its news feed, prioritizing personal posts from family and friends over videos and posts from businesses and news media, could make Twitter very appealing to brands. We’re definitely seeing a healthy uptick when it comes to including Twitter in marketing budgets.”