US: Months after the fateful crash of a Tesla Model S, the electric car maker on Sunday, unveiled the new version of Autopilot software that may help make it safer to use.

According to Tesla, while its vehicles’ existing software may currently cause a Tesla on Autopilot to scrape against a car that’s partially in its lane, or to ram into an obstacle that another driver ahead has swerved to avoid, a coming update will address both problems – as well as a host of others.

The software update, which will be rolled out around the world in the coming weeks, will give radar technology a more active role in Tesla’s Autopilot – a feature drivers can enable to allow the car to stay within its lane and to keep from hitting other vehicles.

Tesla said it will allow the radar system to initiate automatic braking on its own, without requiring its vehicles’ optical cameras to agree the maneuver is needed. In addition, by bouncing radar signals underneath the car ahead, a Tesla will be able to see an additional car-length in front of itself – giving it a better chance of anticipating oncoming road hazards, said chief executive Elon Musk.

“I am highly confident this will be quite a substantial improvement,” Musk told reporters.

More importantly, all Teslas that enable Autopilot will now start using radar to build a three-dimensional map of the world. The map will help Tesla understand what’s “normal” – street signs, highway overpasses and so on – and what’s not, such as an unexpected obstacle ahead that requires automatic braking.

The use of radar mapping brings Tesla that much closer toward Google’s vision of a robotic car in that Google uses a mixture of laser-based sensors, radar and traditional video cameras to see.

Teslas are not equipped with laser sensors and previously only used radar as a “supplementary” system to back up what its optical cameras could pick up visually. But as some drivers are discovering, the cameras themselves can be foiled by poor lighting or road conditions and even extreme temperatures.

That’s what likely led to a fatal crash involving Autopilot in Florida earlier this year, when a Tesla’s cameras couldn’t distinguish the body of a truck from the bright sky behind it. By giving radar a big promotion, Tesla believes it can help cut down on errors. But, said Musk, the risk of a crash while Autopilot is enabled will never be zero.

In a new version of Autopilot software that Tesla Motors unveiled on Sunday, Tesla CEO Elon Musk said, the new version could have saved the life of a driver in May. 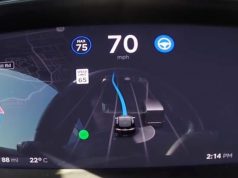 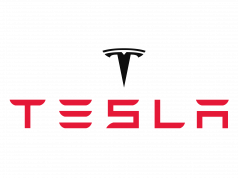 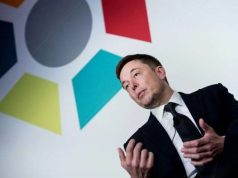