US: Autonomous car manufacturer, Tesla, will soon introduce some new hardware improvements that will pave the way for its arrival, said a news report. According to the report, the autonomous driving assistant for Tesla vehicles will benefit from a new front-facing triple camera array, and will also add additional radar around the car, to supplement the forward oriented radar used in current models.

The company is already installing the new three-camera system housing in cars, according to the report, and the radar detail fits with previous info Elon Musk on Twitter wrote about using radar in place of LiDAR to achieve LiDAR-like effects. New radar in each corner of the car would help with Musk’s goal of using radar to create a point cloud similar to the one used in LiDAR systems.

New hardware will start out running current Autopilot software, the report claims, and will then add features over time based on improvements generated from additional data gathered through use of Autopilot 1.0 with the new equipment. The report points out that while Autopilot can and does use live data, it also leans a lot of GPS data and its own “high precision maps” built from data collected across the entire fleet of vehicles, which will be better informed though vehicles equipped with the new hardware array.

While there’s no timeline for Autopilot 2.0’s introduction, Elon Musk has teased that very big improvements to its self-driving tech are on the way. On the company’s most recent earnings call, the Tesla CEO said that “what [they’ve] got will blow people’s minds,” and that “it’ll come sooner than people think.” He added that since the tech “blows [him] away, it’s really going to blow away other people, too, when they see it for the first time.” 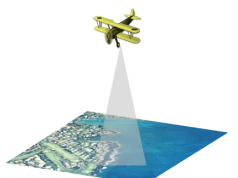 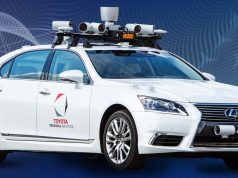