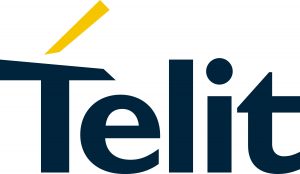 Deutsche Telekom also certified the Telit ME910C1-E2 for use on its network. Like the ME910C1-E1, the ME910C1-E2 is a Mobile IoT module, but also includes quad-band 2G fallback for use in areas where NB-IoT service is yet to be deployed.

With the addition of the ME910C1-E1, NE910C1-E1 and ME910C1-E2 to the range of certified modules, European organizations now have the flexibility to use Deutsche Telekom’s NB-IoT networks as their business requirements evolve. Both modules include optional satellite positioning functionality (GNSS) especially important for Mobile IoT applications requiring tracking and navigation features.

Mobile IoT standards which include NB-IoT, deliver low-operating costs, ultra-low power modes and improved in-building penetration. The ME910C1 series multi-mode capability helps organizations extend the geographic reach opportunities for their IoT deployments with LTE-M networks in North America and other major markets. The dual-band NE910C1-E1 is optimized for cost and power saving performance operating in NB-IoT-only mode offering IoT devices based on the popular xE910 form factor a drop-in solution to leverage the cost, power and in building penetrations advantages of NB-IoT.

“Deutsche Telekom is committed to secure best-in-class connectivity for its IoT customers by engaging with suppliers to assess and certify their Mobile IoT modules. By using Deutsche Telekom certified modules, such as the Telit ME910C1-E1, ME910C1-E2 or NE910C1-E1, one can be reassured that key NarrowBand-IoT features interoperate well with our networks, offering the superior performance needed to deliver the business case of Low Power Wide Area applications,” said Uday Patil, IoT Devices, and Miguel Rodriguez, Terminal Integration and Validation. “Customers can reduce their time-to-market and integration costs by selecting certified modules and leverage the experience and technical consultancy of our teams, and of partners like Telit.”

The three modules are members of Telit’s best-selling xE910 family. All three versions can be applied as drop-in replacements in existing devices based on the family’s modules for 2G, 3G and the various categories of LTE. With Telit’s design-once-use-anywhere philosophy, developers can cut costs and development time by simply designing for the xE910 LGA common form factors, giving them the freedom to deploy technologies best suited for the application’s environment.