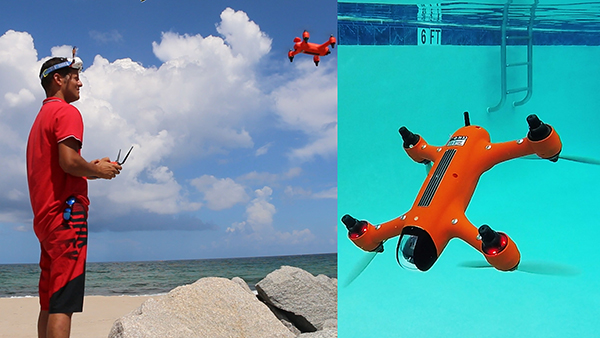 US: SwellPro USA and Urban Drones have released a waterproof drone, the Spry, that can briefly submerge like a submarine, float like a boat and fly in the air at over 43 mph

The Spry features a self-contained camera that can capture video at 30 frames per second and pictures at 12 megapixels. According to the company, the Spry gives users the ability to capture high-resolution video and pictures without compromising speed and agility. It can also wirelessly transmit the video signals to a monitor embedded in its waterproof remote control.

The Spry’s GPS can be activated from the remote control, which has an integrated 4.3-inch monitor to view the Spry’s live video feed. It also boasts advanced flight features, such as hold position, auto follow, object orbit and return to pilot’s position.

“The Spry’s ability to submerge under water and fly in the air makes it the most versatile drone ever created,” said Alex Rodriguez, CEO at Urban Drones. “We’ve only seen this in science fiction movies.”