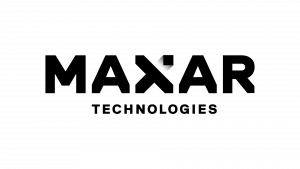 US: SSL, a Maxar Technologies company and a leading provider of innovative satellites and spacecraft systems, announced today it was selected by NASA’s Jet Propulsion Laboratory to design and build critical equipment for a spacecraft that will explore Europa, one of Jupiter’s moons. The award reflects SSL’s leadership role in the space industry as a valued contractor supporting NASA mission needs and long-term commitment to accelerating innovation for the new space economy.

The Europa Clipper spacecraft, set to launch in the 2020’s, will perform repeated investigative flybys of Europa, an icy moon of Jupiter, which strong evidence suggests has an ocean of liquid water beneath its crust, potentially harboring conditions suitable for life. SSL will provide the Remote Engineering Unit, a critical interface between the spacecraft’s various attitude control systems, thermal sensors, and the flight computer. Due to the highly radiative environment, the spacecraft will be subjected to, the SSL design for the interface will include innovative radiation-tolerant components expected to help power future exploration missions.

“SSL has a rich legacy of supporting NASA mission success with our commercial capabilities and innovative technologies,” said Richard White, president of SSL Government Systems. “Our work on the Europa Clipper mission continues our legacy with NASA and JPL, and furthers our overarching goal to develop disruptive technologies that advance humankind’s mission in space.”

Other examples of SSL’s long-term, trusted collaboration with NASA on deep-space exploration include a NASA Discovery Program to explore the metal asteroid Psyche, for which SSL is leveraging the company’s expertise in solar electric propulsion and automation technologies. SSL is also collaborating on NASA’s Lunar Orbital Platform-Gateway by creating a module to provide power and control for this human crew-tended spaceport in lunar orbit that would function as an access point to the Moon and deep space.