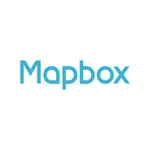 US: Sprint and Mapbox are launching precision mapping technology with Curiosity IoT, allowing automated services that run on Sprint’s dedicated IoT network to move around the ever-changing world with pinpoint accuracy. Smart machines, from drones to autonomous delivery carts, will be able to make fast location and routing decisions using highly detailed, accurate maps that are updated as the environment changes.

“Smart machine-based services need to be able to make immediate mobility decisions similar to the way a driver might react to construction, traffic or other obstacles on a street,” said Ivo Rook, senior vice president, IoT & product development at Sprint. “The launch of Mapbox’s precision mapping technology allows all intelligent machines to move at a level of precision never seen before. Our fully dedicated Curiosity IoT network and operating system – soon to be powered by Sprint’s mobile 5G connectivity makes this possible. From autonomous vehicles to advanced AI-based machines, precision mapping is a big step forward in making smart service models a reality for the immediate economy.”

“As maps guide new smart machines on IoT networks, you remove the human in the middle that used to compensate for differences between the map and the real world. Precision mapping services need to reflect the world as it is, at that precise moment so that those smart machines can travel safely and efficiently,” said Eric Gundersen, CEO of Mapbox. “Sprint’s Curiosity IoT network with mobile 5G provides platform services that make that real with high bandwidth, edge computing for object detection and data processing and super low latency.”

Mapbox has pioneered the “Live Map”; a map built not from traditional data surveys months or years before, but rather from data collected from hundreds of millions of location-enabled sensors that feedback information about the world in real time. Mapbox uses AI to turn those massive data flows into a picture of real-time transit paths that can be used for precise, up-to-date routing.

Through its relationship with Sprint, Mapbox will leverage the inherent advantages of Curiosity IoT with 5G to take mapping to the next level. The network’s extreme bandwidth and low latency will allow Mapbox to collect higher volumes of richer data from the sensors, including high-resolution video. That data can be processed to identify and detect changes in the physical environment. Those changes are then incorporated into updated maps which can be distributed at scale to a wide variety of smart machines. The result is more accurate, more up-to-date maps that reflect the world in real time.