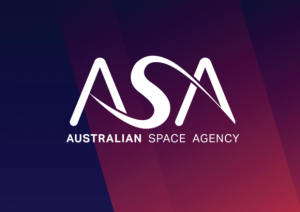 Australia: The $10 billion Australian spatial industry says the renewed focus on ownership of space assets by Australia and Australian companies will enhance our national ability to secure a strong long-term future in this rapidly growing industry.

The spatial industry is one of the fastest growing areas of both the global and domestic economies. The industry has previously raised concerns that Australia is missing opportunities to optimize its role in the development of the global space industry.

Deanna Hutchinson, CEO of the Spatial Industries Business Association says the Australian Space Agency has come at a critical time for Australian industry.

“We have a particular interest in space and space technologies (earth observation and remote sensing, positioning, navigation and timing, and communications) because these space-based assets supply the streams of data that power the commercial activities of many of our members servicing most areas of the Australian economy; agriculture, surveying, construction, mining, energy, transport, advanced digital analytics, location-based service,” she said.

Recent studies have stated that the global geospatial technology industry is worth around $400 billion and growing at 13.8% annually. Remote sensing is the fastest growing subsector, with the majority of growth reported in the Asia Pacific region.

“This represents considerable opportunities for Australian industry, and the Australian Space Agency will fill a key role in supporting the emergent growth in jobs and economic activity,” Ms Hutchinson said.

The spatial industry welcomed the recent budget night commitment by the Australian Government to put around $300M into space through the Space-Based Augmentation System and Digital Earth Australia initiatives.