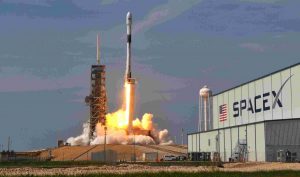 US: SpaceX has established itself as one of the highest-valued private startups in the world. The company has sold $273 million worth of shares to eight investors. That accounts for just over half of the shares it put up for sale last month in a $500 million funding round. If SpaceX sells all of them, the company will be worth $30.5 billion.

The new valuation and funding round were reported earlier by the Wall Street Journal. It’s not clear when the company’s deadline is to sell the remaining shares. Sohail Prasad, founder and president of Equidate, stated that, “SpaceX has always historically sold the full amount of their round.” “[There’s] no reason to believe they don’t have a number of investors” lined up to finish this one out, Prasad said. The new valuation puts SpaceX neck-in-neck with Airbnb as the second highest-valued private company in the United States, according to Lagniappe Labs’ Prime Unicorn Index and Equidate. Both companies still lag Uber, which is headed for massive IPO in 2019 and was last valued at $72 billion.

SpaceX was not required to disclose which investors are involved. But the Wall Street Journal, citing unnamed sources, reported last month the backers include existing SpaceX investors and Baillie Gifford & Co., a UK-based firm that is a major shareholder of Musk’s electric car company Tesla (TSLA).

SpaceX was previously valued at $21 billion in 2018 following its “Series I” funding round, which raised $350 million by selling shares at $169 a piece. Its shares are 10% more expensive this time around, at $186 per share, according to public filings and Peter Kragelund, a senior associate at Equidate. All told, SpaceX has raised about $2.5 billion in equity, according to Lagniappe Labs. SpaceX also took on about $250 million in debt last year in its first loan sale, according to the Journal. Breaking down SpaceX’s finances Specific revenue details for SpaceX aren’t publicly available. But over the past decade, the company has grown from a moonshot startup to one of the busiest launch providers in the world. It conducts orbital missions for commercial satellite companies as well as NASA and the US military. SpaceX sued for the right to compete for military launch contracts a few years ago and won, breaking a decade-long monopoly that Boeing and Lockheed Martin joint-venture United Launch Alliance held on the contracts.

SpaceX is also gearing up to launch astronauts to the International Space Station through a contract with NASA, building on years of conducting uncrewed resupply missions to station for the space agency. Both SpaceX and Boeing plan to begin conducting crewed flights for NASA this year.

In September, Musk estimated SpaceX would spend between $2 billion and $10 billion developing an ultra-powerful spaceship and rocket system, recently renamed Starship and Super Heavy. SpaceX plans to use the technology to fly tourists to space and, potentially, one day send humans to Mars. Musk said last year that Japanese billionaire Yusaku Maezawa made a “non-trivial” deposit to one day take himself and six to eight artists on a trip around the moon. Musk predicted that trip could occur as soon as 2023.