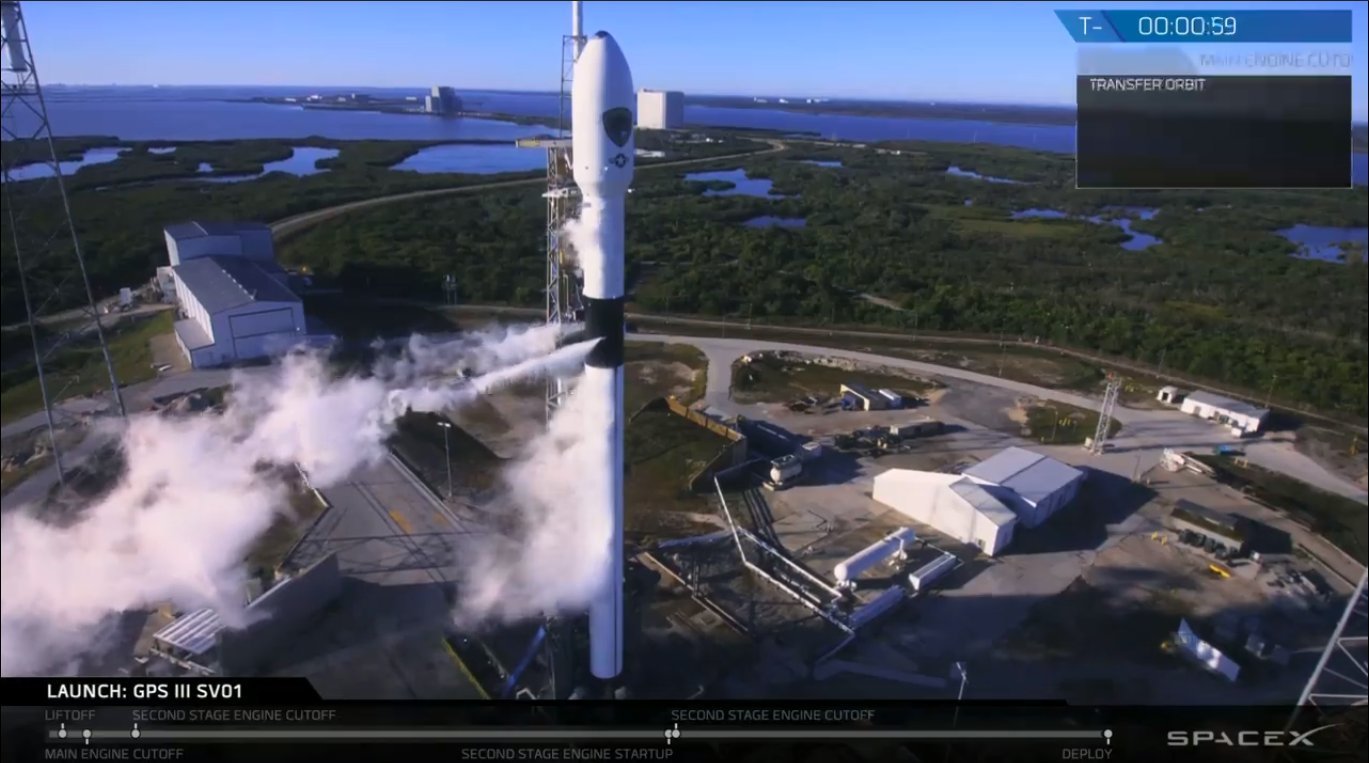 The company had planned to complete the launch, its last of the year, earlier this week but heavy winds imposed delays.

The GPS III flight opens a door for SpaceX. While it’s certainly no stranger to handling US government payloads, this shows that it can handle military launches as well.

“This newest generation of GPS satellites is designed and built to deliver positioning, navigation, and timing information,” the company wrote. “GPS is used by over four billion users and supports critical missions worldwide.”

SpaceX has completed 21 launches in 2018, up from 18 last year, in what’s been a banner year for the company. Founded in 2002 by Elon Musk, it’s also said to be raising $500 million at a valuation of $30.5 billion to help fund its Starlink internet service project, which will see the company launching 11,000 satellites to improve internet connectivity around the globe. The new round of capital would bring its total raised to date to more than $2.5 billion.