Russia: ILS announced its multiple launch assignments for Proton Medium launches that will include the use of both the 4.35 meter and the new 5.2-meter payload fairing. The missions will take place beginning in late 2019 from Pad 24 at the Baikonur Cosmodrome in Kazakhstan. The Proton Medium launch vehicle is an optimized 2-stage version of the heritage Proton Breeze M vehicle. The medium class vehicle serves the lighter weight satellites in the 3.5 to 6 Metric Ton range with the capability…(Read More)

US: Drone Delivery Canada has reported that it has completed a series of successful test flights during the week of March 5th, 2018 in the United States of America at the Griffiss International Airport located in Rome, New York. “Testing at Griffiss was a natural extension for continued progress with our platform in a BVLOS non-segregated airspace environment.  An active runway with large aircraft, helicopters, and general aviation aircraft is the latest advancement to our operations team airspace…(Read More)

India: IIC Technologies in association with Alcala de Henares City Council developed a study on pedestrian mobility in Alcala de Henares, a UNESCO World Heritage site of Madrid metropolitan area (Spain). IIC Technologies study demonstrates how the use of GIS tools and the exploitation of available geospatial data can support strategic public spending decisions in this area. There is concern that the city has become fractured by the railway lines and superhighways, isolating certain neighborhoods…(Read More)

US: Maxar Technologies, a leading global provider of advanced space technology solutions for commercial and government markets, at this week’s SATELLITE 2018 conference in Washington, D.C., showcased the power of its diversified commercial capabilities, including LEO and GEO satellite systems for high-resolution Earth observation and communications; next-generation, high-throughput technology; on-orbit servicing and assembly; and advanced signal and imagery processing…(Read More)

India: Working on a strategy to identify the areas where blockchain can be implemented, NITI Aayog is preparing a policy document that is expected to be released in July, officials told Economic Times. The news comes after finance minister Arun Jaitley’s 2018-19 Budget speech, in which he had asked the Aayog to prepare a roadmap for blockchain. By April, the Aayog will share a discussion paper that it is preparing with all the states and central ministries, said a government official, who did not wish…(Read More)

US: In order to train map-makers of tomorrow, Esri has announced to conduct a training program for cartographers to make better maps. As part of the program, candidates will be taught to work on software like ArcGIS Pro. With coaching from experienced cartographers and practical, hands-on exercises, you’ll become a smarter mapmaker – those who go beyond the defaults settings and make better maps. So if you’re completely new to ArcGIS, or a developer looking to geo-enable your apps…(Read More)

Annotations in maps – story-telling in an interesting avatar 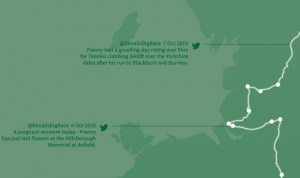 Story-telling has always been a favorite among cartographers. Stories captivate the interest of the audience like nothing else. Images, on the other hand, are visually appealing and speak a thousand words. Maps, on which almost our every movement depends today, can now combine the power of both to give a new meaning to data visualization.  Putting annotations in maps is becoming a popular trend…(Read More)

Need to have a focussed offering for NewSpace market, says Antrix Chairman 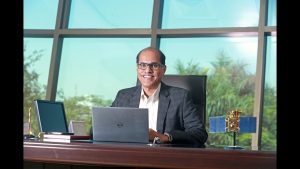 Antrix is the commercial arm of ISRO and has the responsibility of leveraging on the technology and products of Indian space program to generate revenue for the government. If you look at the space scenario today, there are a lot of changes happening. We are in the middle of a transformation in terms of technology and applications, and there is a growing demand both in India and abroad for space-based technologies. We believe that Antrix has a very important…(See Here)