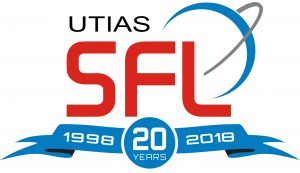 US: Space Flight Laboratory (SFL), a provider of complete microspace mission celebrating its 20th year in business, will showcase applications of upcoming microsatellites at three conference exhibitions in October. The small satellites now under development by SFL and nearing launch will be used for Earth observation, radio frequency communications, and atmospheric monitoring.

“We are proud of the role SFL has played over the past two decades in developing microspace technologies related to advanced attitude control, modular power systems and propulsion,” said SFL Director Dr. Robert E. Zee. “These breakthroughs have enabled smaller satellites to cost-effectively perform missions that previously required much larger satellites.”

SFL will exhibit at these international conferences in October:

SFL is developing three atmospheric monitoring microsatellites. GHGSat-C1, being built for GHGSat Inc. of Montreal, will be the first in a commercial constellation of greenhouse gas detection microsatellites. In two other separate missions, SFL is developing aerosol and greenhouse gas monitoring satellites for the Mohammed Bin Rashid Space Centre (MBRSC) in Dubai and the Indian Space Research Organization (ISRO).

For radio frequency (RF) geolocation applications, SFL is building a three-microsatellite constellation for Deep Space Industries and their customer, HawkEye 360 Inc. of Herndon, Va.  Known as the HawkEye 360 Pathfinder mission, these microsatellites will utilize breakthrough formation flight technology developed by SFL. They will pave the way for a commercial constellation that will map and analyze RF signals coming from numerous communications and transportation sources. Identifying interference sources for communications companies and expediting the location of emergency beacons in search-and-rescue operations will be among the applications.

SFL is continuing its tradition of building smaller satellites for maritime applications with the development of NorSat-3. Following the highly successful NorSat-1 and NorSat-2 satellites built by SFL, this microsatellite will carry an Automatic Identification System (AIS) receiver and experimental navigation radar detector for maritime ship detection by the Norwegian Space Centre.

These seven microsatellites will bring to 29 the total number of smaller satellites SFL has developed and launched since 1998. Over the past 20 years, SFL nano- and microsatellites have achieved 90 cumulative years of success in orbit.